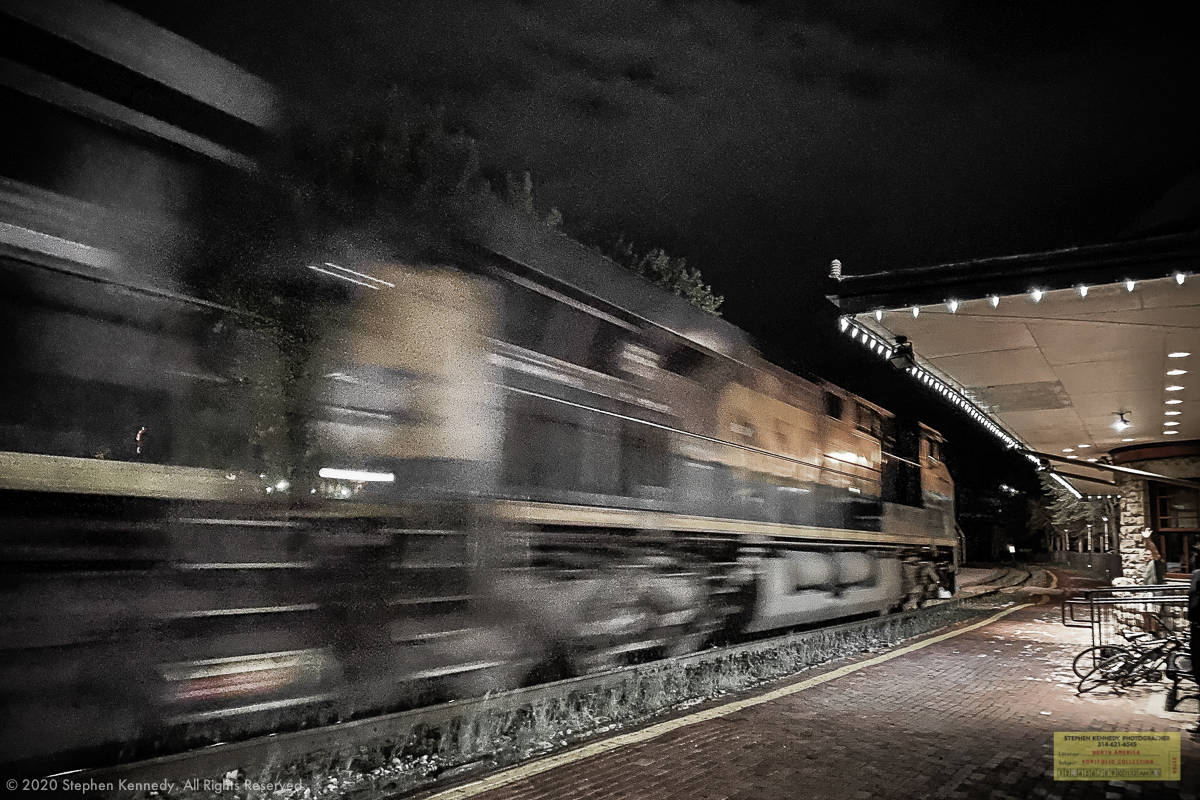 Kirkwood, Missouri has a double train track running through the middle of town. It’s a major east-west trunk line that carries quite a bit of traffic.

Last week I was transiting Kirkwood. As I approached the tracks, the lights flashed and the gate arm came down. Within a few seconds, I could see the locomotive coming around the bend.

There was just enough time for me to put the car in park and hop out for a picture. During my years as a photojournalist, I always kept two cameras on the front seat of my car. Both were loaded with film and were as ready as they could be.

Even pre-positioned pro gear is no match for the quickness of a cell phone camera.

As I was reviewing the finished photographs, I thought about the 20th-century photographer O. Winston Link. He created elaborate scenes of trains using hundreds of synchronized flashbulbs to light up the night for his view camera with black and white film.

Winston had one chance for each setup and his success rate was astonishing. His pictures are amazing but it’s the craft that’s really the star of the show.

I wonder what Mr. Link could do with today’s tools.