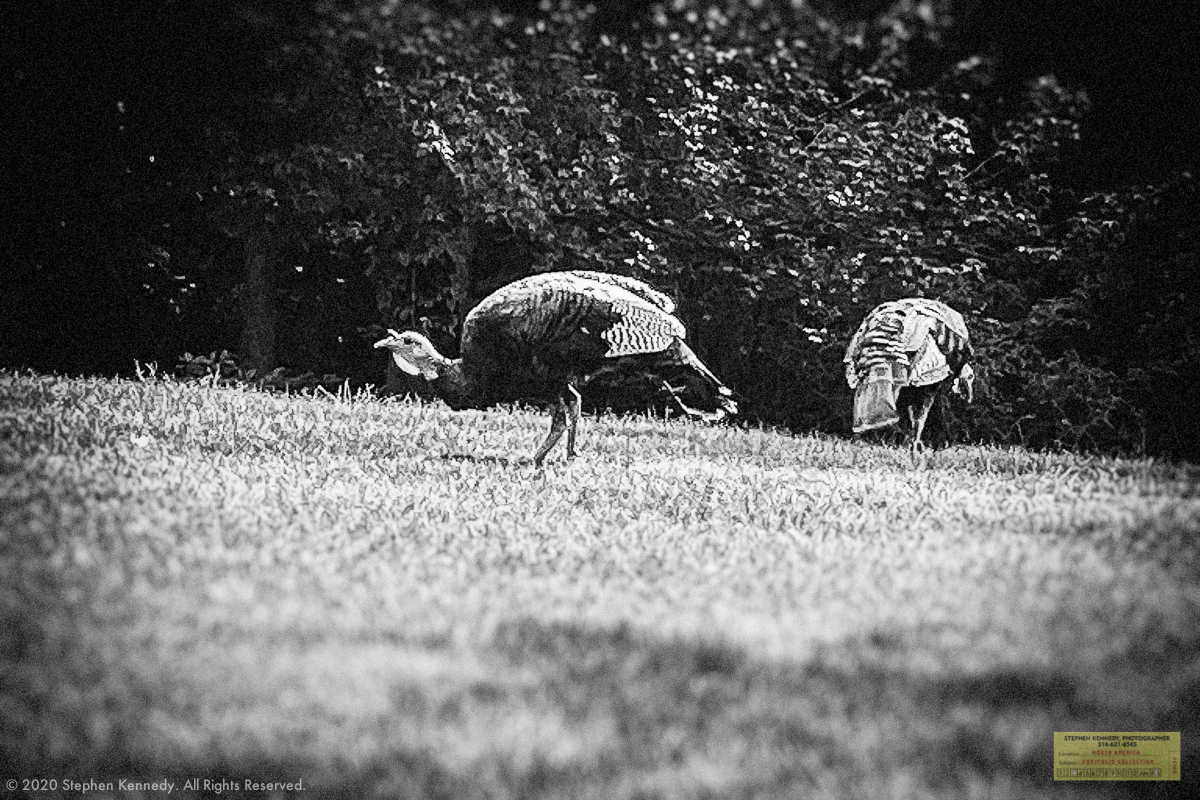 About 20 years ago I was hired by a New York ad agency to do a gig in southwest Missouri.

I got the nod because of my proximity to the location. It was a poultry operation specializing in turkey. My assignment was to get aspirational coverage of “free-range” turkeys. No work of fiction has ever been so divorced from the truth.

This wasn’t my first experience being on a site that raised animals for food. I have worked on feedlots in Texas, salmon fisheries in Alaska, and dairies in Wisconsin. Thanks to some sound advice from an industry peer, I never went near swine operations.

My ad agency client was a young art director who had only lived in the US for a few months. She was from Ireland and her minuscule American experiences were limited to New York, Boston, and Los Angeles.

Her immersion into the heartland of America was a shock on many levels.

First of all, the project was just awful. Even though we were suited up in protective clothing and respirators, the environment for the photography was hideous. The fact that this client was vegan, made the experience even worse.

Eventually, it ended and we all went our separate ways.

The only thing remaining, aside from my gauzy memories, is a lingering sadness for the once-grand turkey. Today that bird has been genetically engineered for holiday gluttony.

The good news is that a few of the wildest turkey still roam Missouri.

I saw these two just steps from my house.

A little nature is always a great antidote for the ailment of modern excess.