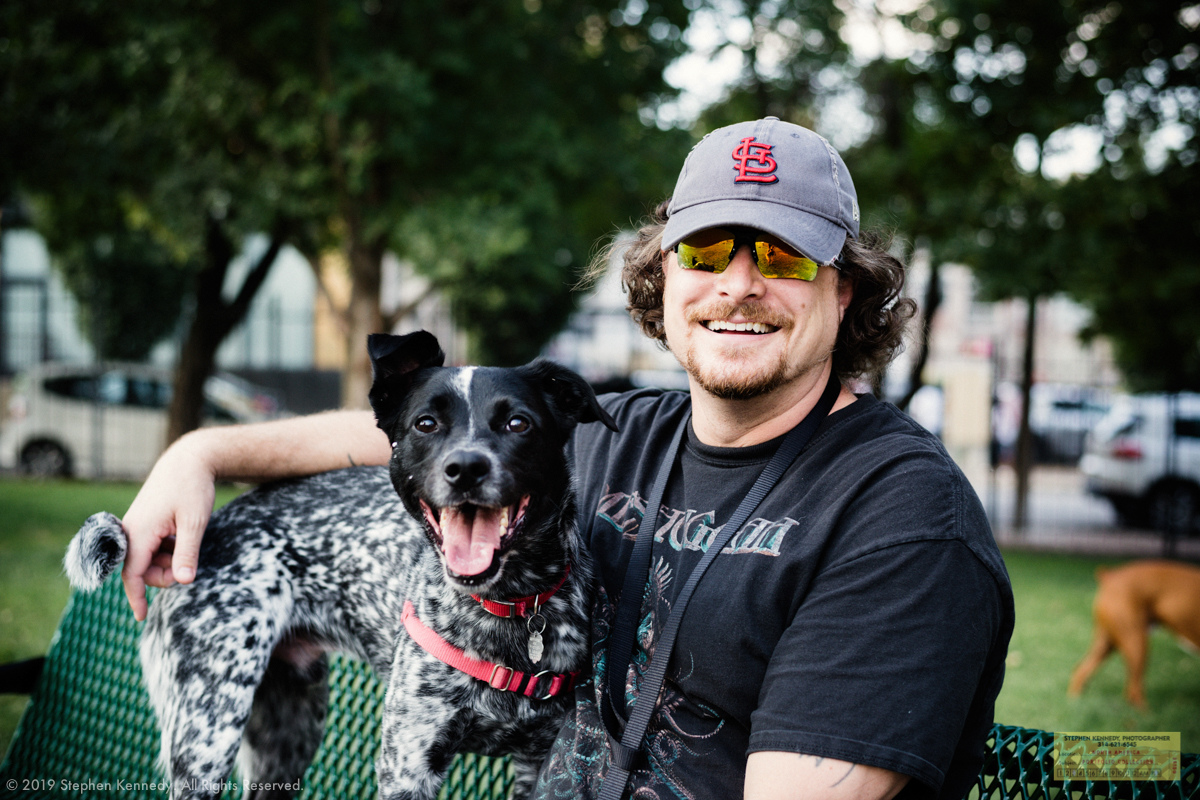 Long before this greeting was in the mainstream lexicon, it was the name of a record. It was one of the few that I could afford to buy when I was working as an assistant in Dallas. I kept it at my employer’s downtown studio and it got spun frequently.

Despite my relative poverty, being an assistant was fantastic. I learned something new every day. I could watch real pros doing things that I had only imagined.

Recently, I had a project that involved photographing some humans with their dogs. That combination would normally be just a 50% match of what I’m typically known for as a specialist with a camera.

The guy that bestowed the gig seemed to think that I’d be perfect for this so I set out to prove him right.

Whether he was right or wrong, I certainly enjoyed making some new two and four leg acquaintances.