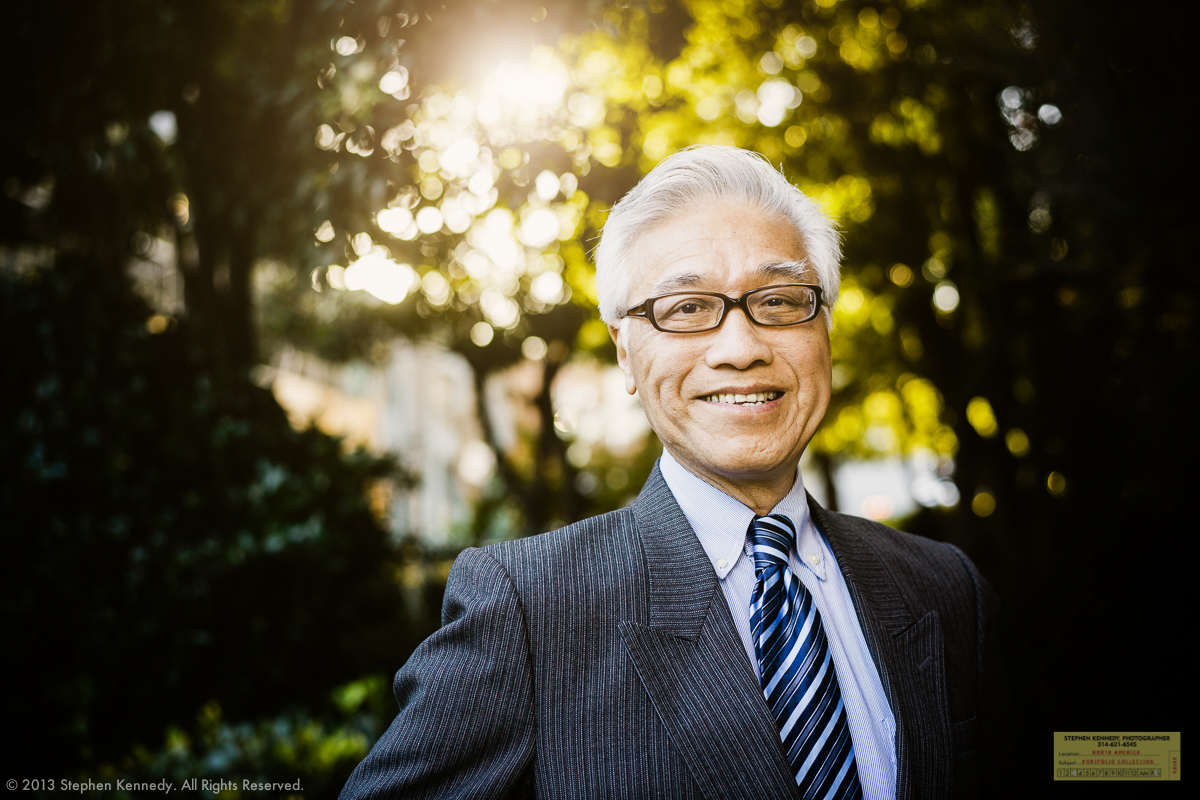 Gritty, urban, touristy are just a few descriptions that paint a picture of this famous street that seems to change its character block by block. I’m talking about Battery Street in San Francisco.

My portrait of Mr. Lee was taken on a crisp January morning that was untypically clear.

Our meeting place was across the street from an ad agency that had done some business with me on occasion. I had invited a creative director to join me on the session so that he could see how I worked and would hopefully want to hire me at some point in the future.

Unsurprisingly, the creative director backed out at the last minute. Rather than tell me this in person, he sent a rookie art director to tell me. In an attempt to make some lemonade from the lemons, I invited him to come along on the shoot. The art director agreed and while getting his jacket, he convinced another colleague to join us.

The three of us crossed the street and picked up Mr. Lee we all started walking toward the bay. In less than a minute, I spotted a tiny stand of trees that was backlit. That was our starting point.

After I captured a few frames, I paused to show the ad guys a few of the pictures on the camera’s LCD screen. They couldn’t believe that this urban mirage was actually their own city hidden by trees that they walked by every day.

It was a great demonstration of how a camera can bend reality.