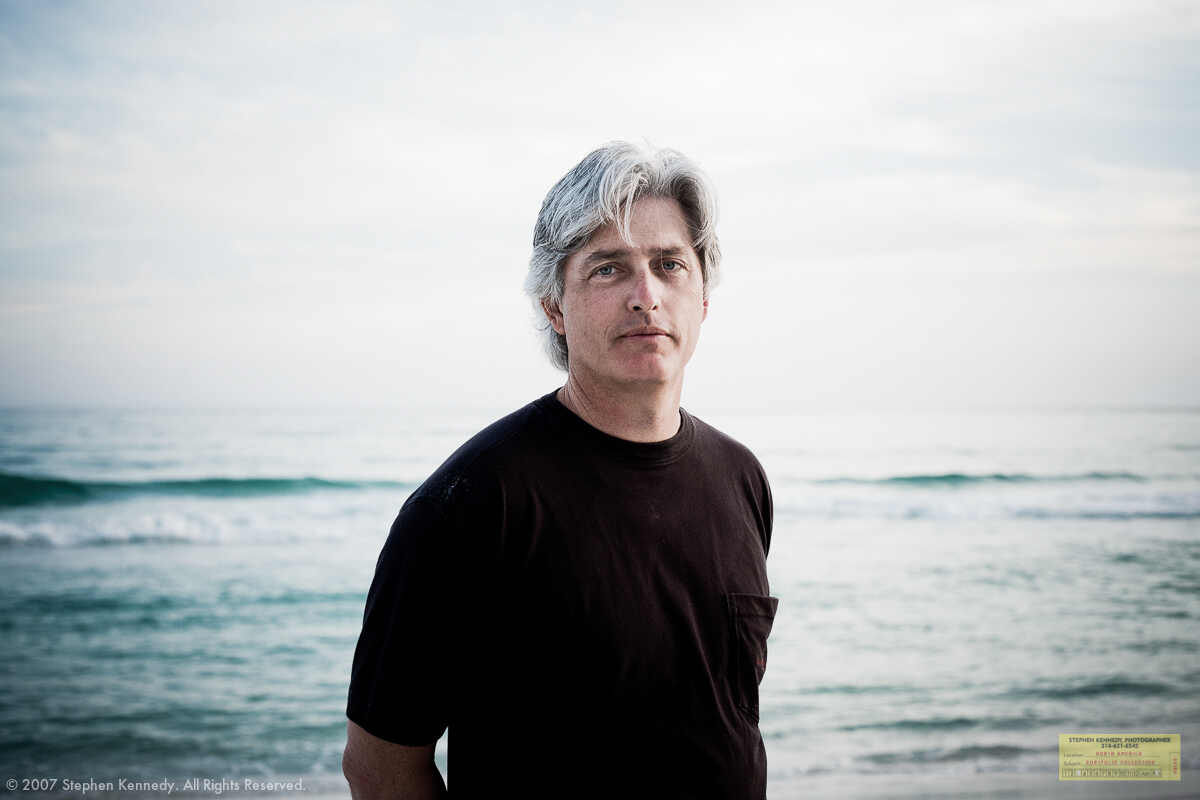 The concept of retouching came to me through a TV commercial when I was a kid. Up until then, I had never heard of it.

The broadcast ad claimed the photographs shown in the skin cream spot were “unretouched.”

I wasn’t sure what that meant until I had a turn with the dictionary. Unretouched wasn’t an entry, but retouched was. The absurdity of the “un” and “re” in a word had the effect of etching it on my brain.

It made me think of the state of my pre-teen bedroom which was usually unrecleaned.

This portrait of a friend taken in Florida has the kind of flaw that cries out for a quick retouch. One strand of his silver hair is covering his left eye. Twelve seconds in Photoshop could fix it.

I chose to keep it unretouched.