A gift from Anita 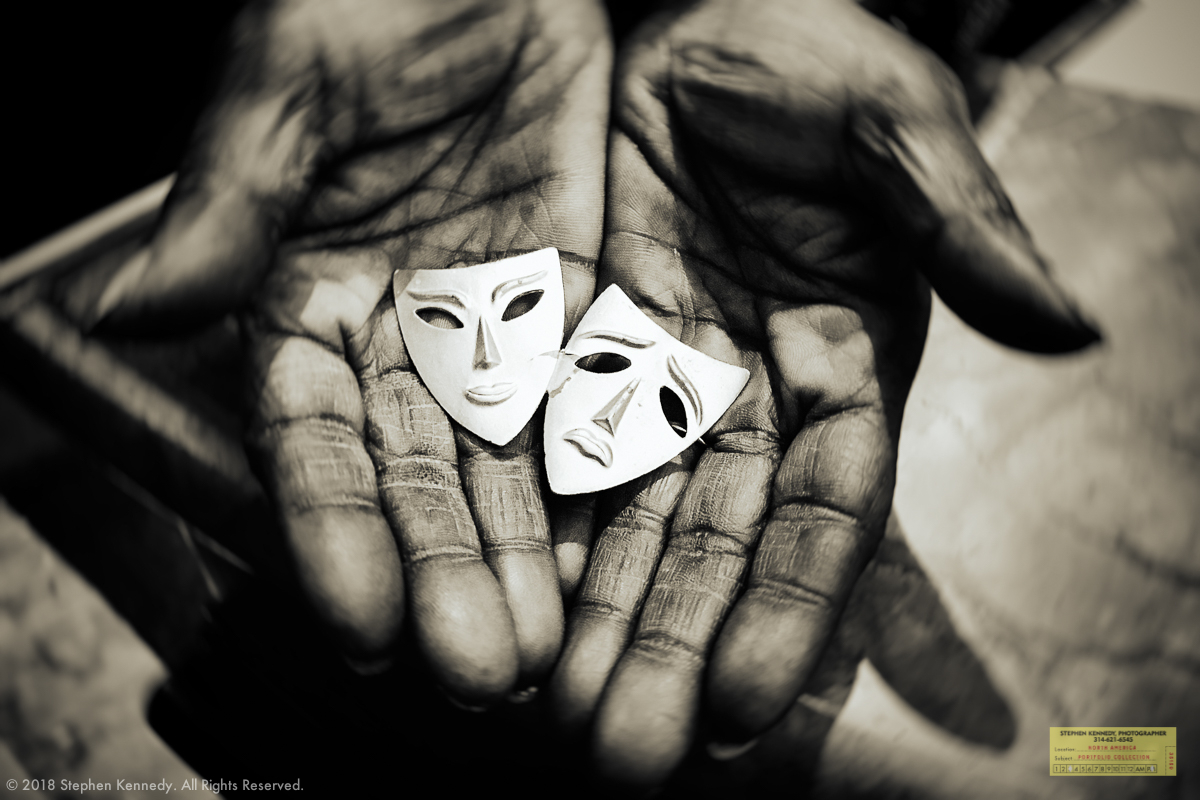 Last week I was photographing some people in Chicago who are at the very top of their industry. As if meeting some interesting people and taking their photograph wasn’t enough, I also made a new friend.

She works in the same building where my sessions took place and her name is Anita. I’m not sure if I noticed her smile first or the pin on her jacket of “tragedy and comedy” masks.

Being the father of an actor and screenwriter I speculated that my new friend Anita, was working a day job in order to support herself as an actor.

My assumption of her artistry was only partially correct. As it turned out, Anita’s artistic pursuit revolves around the art of jewelry. She is a collector of brooches and she is her own canvas. She wears a different brooch every day.

After she told me about her brooches, I told her about my daughter’s acting career on stage and on screen. We talked a bit about the tragedy and comedy of getting started in that business.

Without a second of hesitation, Anita removed the pin and told me that it needed to be worn by my daughter. Before I could even say thanks, the pin was in my hand with deliberate instructions for me to get it to her.

Of course, I said I would get it to her. Within 24 hours it was in the hands of another artist who not only loved the gift but also relished the story.

Don’t be surprised if someday you see a scene on screen or on stage that describes this very moment. That’s the power of art and generosity.