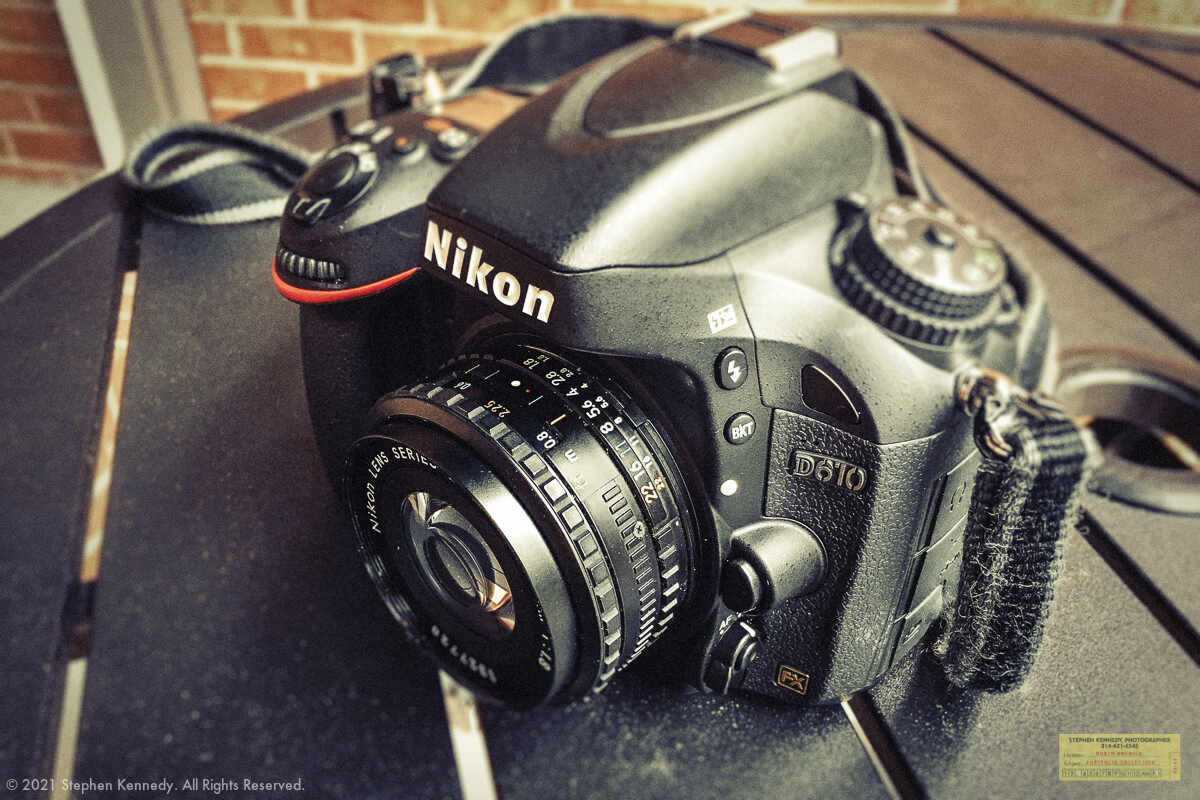 This camera is a stellar performer. The lens is a winner as well. When they’re combined, something gets lost in translation. The combination of vintage and current doesn’t quite make the cut.

Then there’s the fact that the duo is ugly to the point of distraction.

I know, I know…Don’t judge a book by its cover. If that was true, we wouldn’t have book designers. The looks of a hammer shouldn’t play a part in the way it’s swung by the carpenter.

As we speak, there’s no such thing as a subpar modern camera. Even the most casual user of their mobile phone’s camera can render results on par with what a 1980s pro shooter could produce.

This Nikon has been in my inventory since 2013, but it hasn’t been used in more than a year. I have something newer that better matches my vision of the moment.

It hasn’t been banished to deep storage because of its ungainly appearance even though its replacement is a thing of beauty.

Who knows, it may see action again.