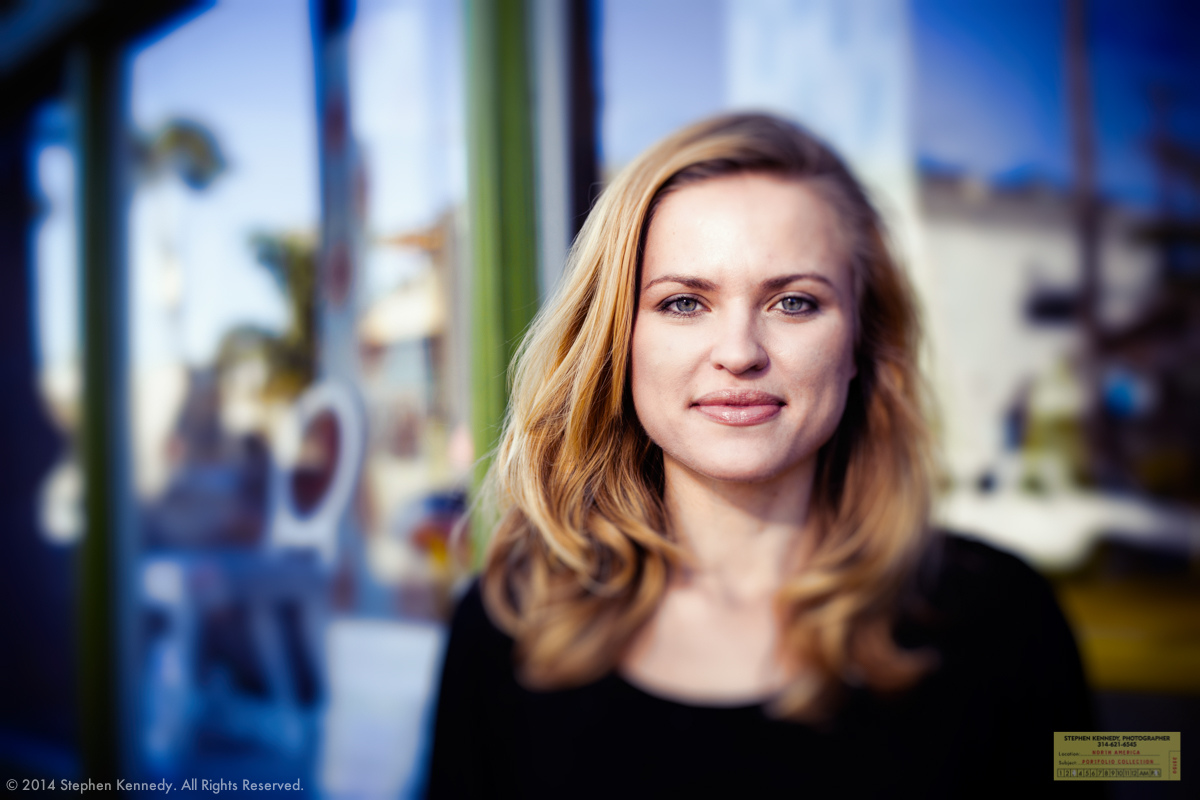 The things I’ve learned from James Russell could fill a book.

One of his best quotes is, “all schedules change, just make sure you’re the one changing them.” Internalizing this has gone a long way to easing the angst that comes with trying to fit in as much as possible in the times when work is plentiful.

James also advises that one should live in the world as it exists, not as one wishes it to be.

That means when things don’t go according to plan, take the opportunity to do something different.

I had a pretty good plan in place for a summer portrait session on Abbot Kinney in Venice. Everything was set and I even found a great place to park.

The stranger said to me that she was my 3:00 p.m. subject. Keep in mind that it’s not uncommon for an actor or model to look a little different from his or her headshot. However, it only took a glance to realize that while she may be my 3:00 subject, she wasn’t the person I had booked.

Here’s what happened. Right as my original subject was leaving for our shoot, her agent phoned and told her that she got a callback for a national TV ad and to get to the casting agent’s office immediately. There was no time to call me so she asked her roommate to take her place.

The original subject told the new subject that I’d understand.

Did life prove James’s corollary on schedule changes and living in the world as it exists?

Obvious To All
Scroll to top