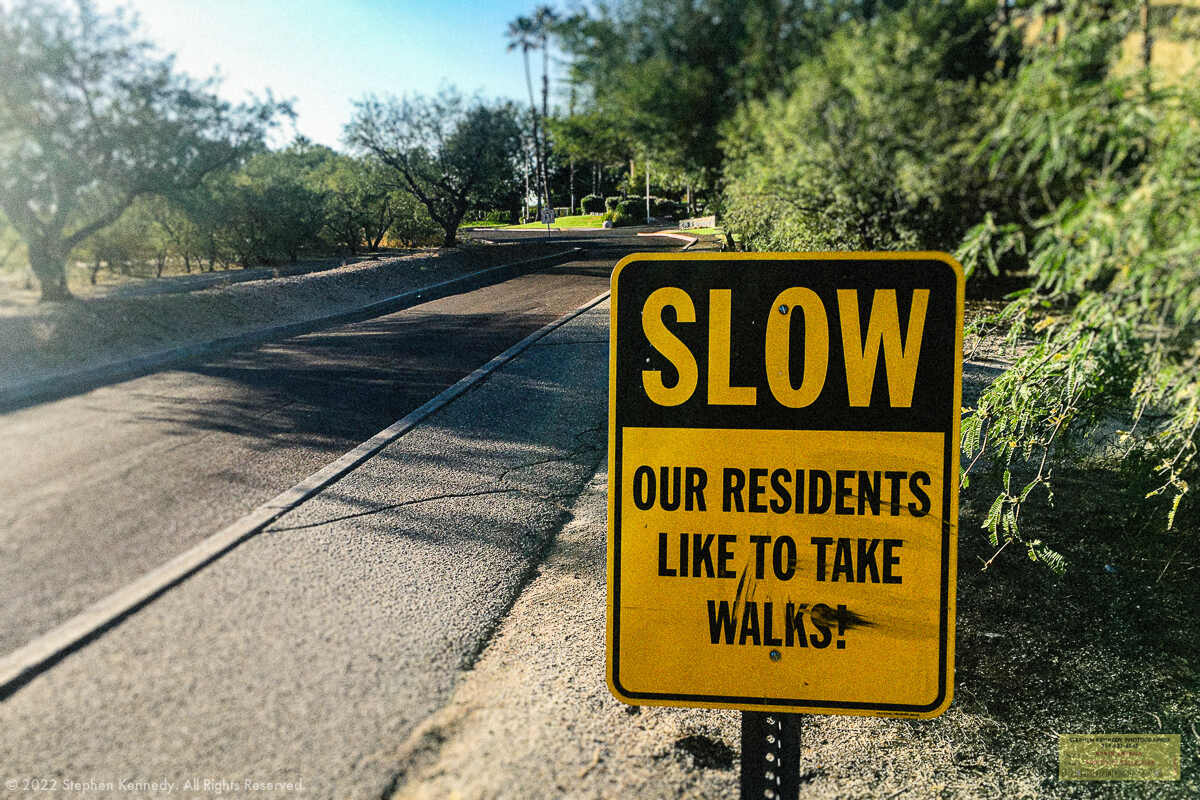 Mark Twain quipped that every time he had the urge to exercise, he forced himself to sit down until that feeling passed.

The world today is a lot more fixated on fitness. Have you heard that 12,000 steps are the new 10,000? A mere 10K is so pedestrian, say the self-quantifiers.

Twain could weigh in and say exercise kills and he might not be entirely wrong. The problem is when people engaged in healthy activity cross paths with inattentive drivers. That’s not to say that some walkers aren’t paying attention.

It’s simply a matter of the walker or cyclist lacking protection against a moving mass.

On this street in Tucson, it’s nice to see that walkers have slightly better odds.

Memphis in the Meantime
Scroll to top