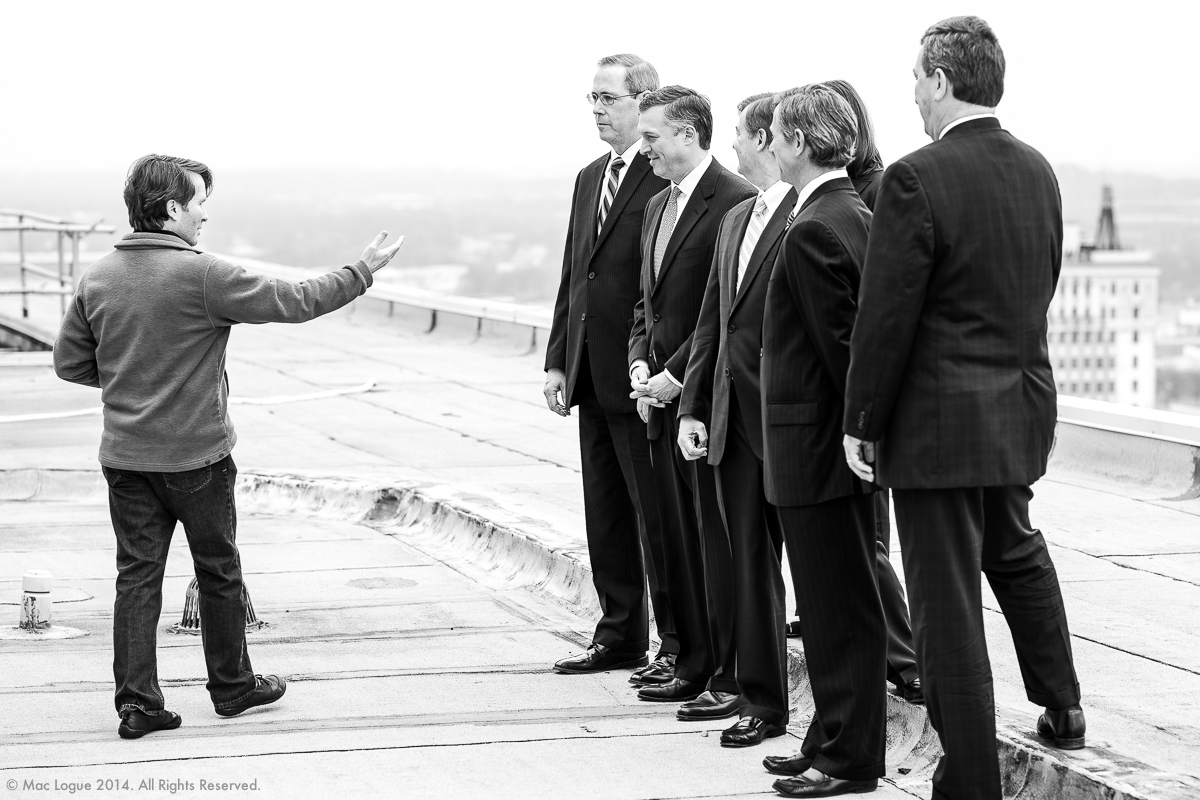 That’s me on the roof  lining up six executives of a publicly traded company on a winter day during what is sometimes called “annual report season” but can also be called winter in Birmingham, Alabama. The lineup was for a group portrait that I created on top of one of the highest buildings between Atlanta and Dallas. We dodged a few raindrops and let some clouds pass and we ended up with some pretty compelling photography in a tightly scheduled window of opportunity.

In short, a success.

Artists get hired to solve problems with their art and craft. Once they demonstrate their ability and proficiency,  future opportunities can then push the creative boundaries farther and farther. I had already had previous photo sessions with the subjects in a previous annual report season and had also established my bona fides with the company’s marketing firm who was leading the project.

For this session, the coin of the realm for this project was trust. Let’s face it, no company sends their most valuable people up on the roof with someone they don’t trust.

Post script: As it turned out this photograph never got used for their annual report. There was a conceptual change in mid-stream which resulted in using individual portraits that I took of the same subjects. This image was designed to be a long horizontal with the roof surface likely to be cropped out.  After the passage of some time I’ve grown quite fond of the rough roof surface, especially rendered in monochrome.

Cover and top photograph of Stephen by Mac Logue used with permission.