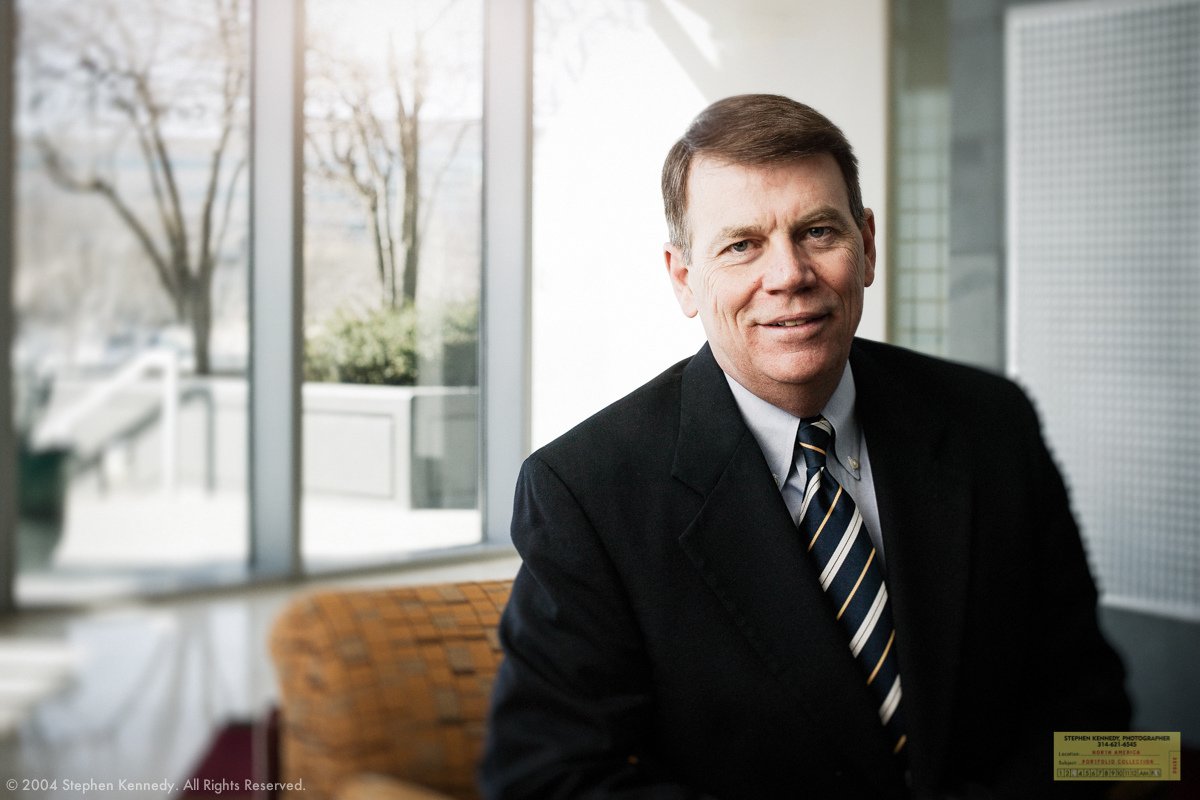 There’s an interesting fact about all of the billionaires I’ve met. The fact is that I didn’t know that they were billionaires when I met them.

Let me back up and say that I’ve met just two billionaires. The first one was Harold Simmons. I met him in his Dallas office on a photo shoot in 1988 when I was a 22 year old assistant to Jim Olvera.

After Mr. Simmons’s session, I remarked to Jim that this subject really, really liked horse art. Jim pointed out to me that what I was referring to was the greatest single collection of Frederic Remington sculptures that he’d ever seen. He went on to say that for a billionaire, it was both comprehensive and restrained.

Jim did not point out that I was a clueless and dopey kid who missed a golden opportunity to examine some priceless works. It also occurred to me that I had just met a billionaire.

The second billionaire encounter took place more recently with the man in the portrait above. He is Rodger Riney, the founder, and former CEO of Scottrade and a subject of mine for his company’s annual report.

If you’re wondering how I handled it, I just treated with him the way I do with any other subject, by extending as much empathy as I can in order to portray him at his best.

As it turned out he was recovering from an injury and had his leg in a cast. A seated portrait of a CEO is rare but under the circumstances, I think it turned out to be better than the typical power pose.

A few years after the session, when it was announced that Scottrade was being acquired by TD Ameritrade, I found out the extent of his net worth.

I’m pretty sure that I wouldn’t have had any anxiety or stress knowing that I’d be in the room with a billionaire on either occasion. But I am grateful that I didn’t have a ledger of either man’s staggering wealth to influence how I felt or acted when doing my job.

Got a Light?
Scroll to top