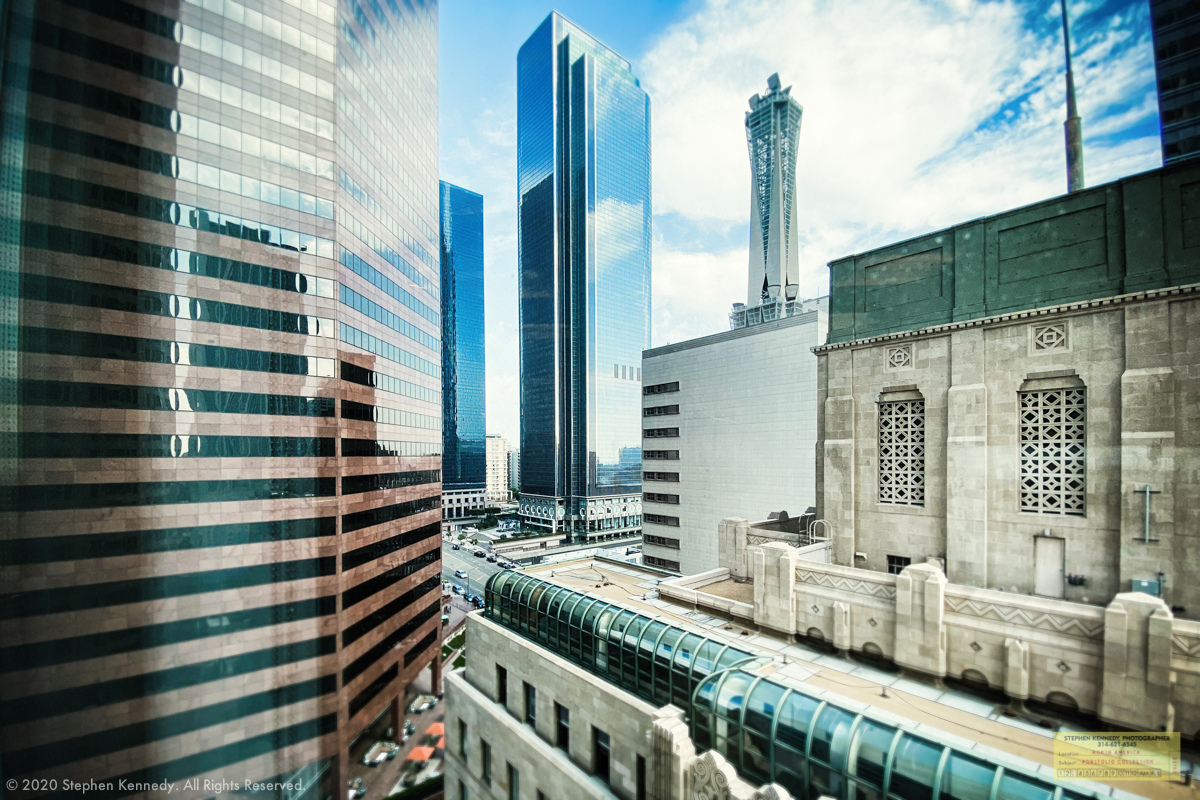 Downtown LA is rarely a destination for me which has limited my familiarity and knowledge of the district. That’s because every time I’m there for work, it’s taken place on the same street.

In the mid to late 90s, I had an ongoing relationship with a company located on Hope Street. For years, I shot projects for them all over the USA by myself. In ’98 I finally had a small gig in their home office. Up until I saw the place and the people, it was just an address on papers that we exchanged.

In 2012 I was back in the neighborhood to photograph an alum of a prestigious university. The session was scheduled for a Saturday morning. I inquired about parking and I was told to park on the street in front. I was a little surprised but when I arrived, it was a ghost town and the spaces were plentiful.

Two weeks ago today, I was back for a brief session with an attorney.

I arrived quite early due to light traffic and I was allowed to hang out in their main conference room until my subject arrived. This gave me some time to take in the sights and photograph the adjacent buildings.

This third Hope Street session was the best one yet.

As things are today, this will be my last hired gig for quite a while. But I have a lot of hope that it won’t be my last.

Pull up a Chair
Scroll to top