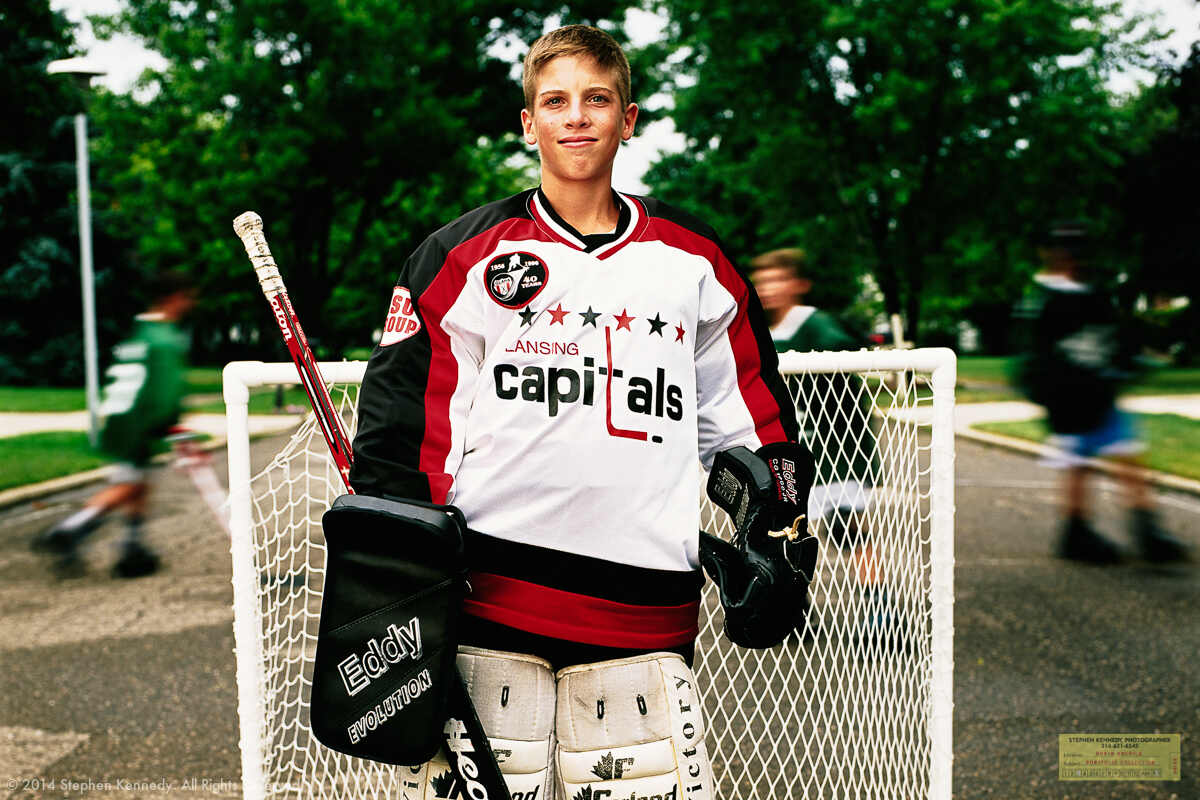 This portrait was one of my last hired gigs that was shot on film. It was for Michigan Blue Cross and Blue Shield. Let me tell you, spending a week in Michigan during July and getting paid for it was pretty sweet.

The kid in the middle was a noteworthy hockey player and the other boys were from the neighborhood. These unpaid extras were some of the best I’ve ever had.

The youth hockey season is pretty long and the offseason training is even longer. Like so many other sports, it’s a real commitment.

Not just for the youngsters, but for the parents too. Both of whom enjoyed the session more than anyone.

Cool It
Scroll to top