The Mighty Have Fallen 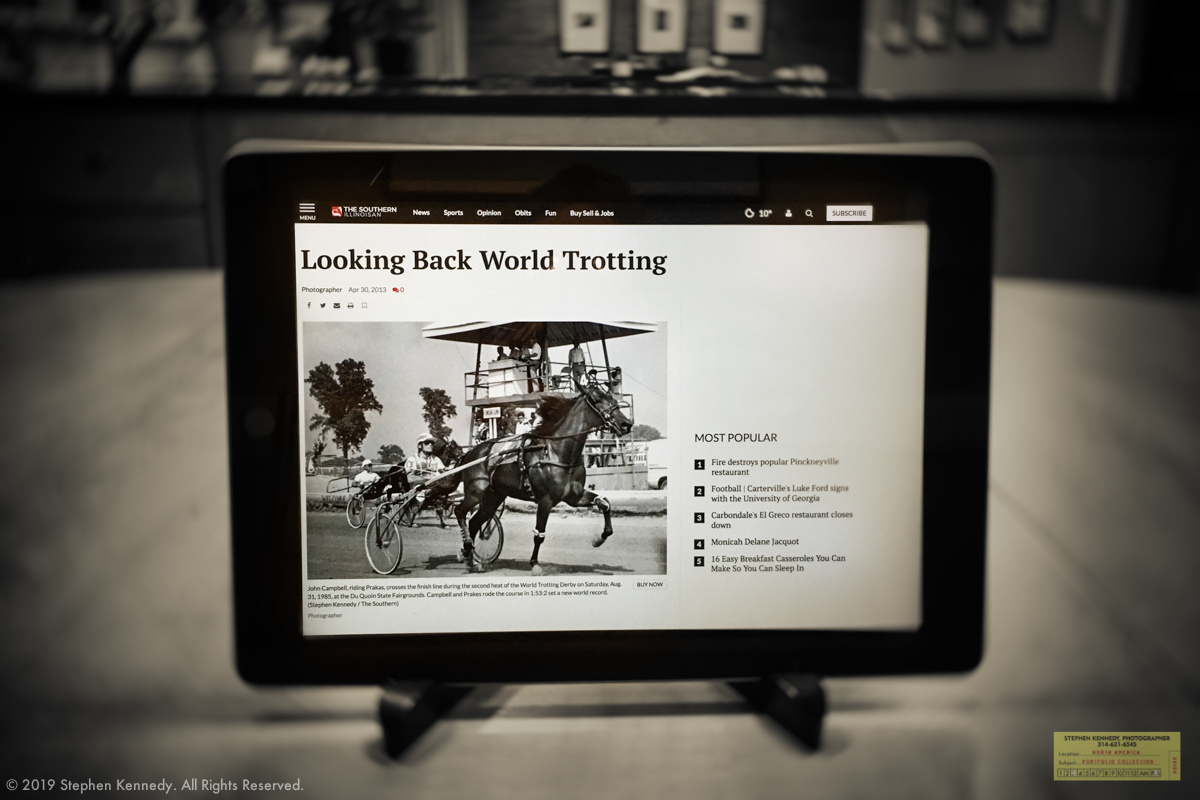 In August of 1985, the going rate for a published news photo amounted to fifteen dollars. At the time this was pretty good money and on this particular day, I got paid for a second published photo from the same event.

The newspaper that paid me handsomely for these average examples of photojournalism did so not out of altruism but out of practicality. That’s because they made so much money there was no reason not to send a kid like me to cover a horse race and a visit by the governor at the state fair.

Ditto for high school basketball games, pancake breakfasts, and groundbreakings. For an hour or two each day before or after my university studies, I’d get career experience on top of my fifteen bucks per picture and twenty cents per mile.

Newspapers at the time were monopolies for printed advertising and it seemed like there’d never be an end to the truckloads of money earned.

But the end did come and it was humbling.

I just read that the same Carbondale, Illinois newspaper that paid me so well in college is now in such dire circumstances that the printing presses are no longer running.

The paper is now printed out of state and then trucked three hours to be delivered to the ever-diminishing subscribers in southern Illinois. In a weird twist, this is the second newspaper that I worked for in my youth that can no longer sustain its own in-house printing.

About a year ago I noticed that the old paper in Carbondale was selling reprints of photographs that I had created as a stringer. That was a bit like finding out that a formerly rich uncle is now turning over sofa cushions to scrounge some spare change.

Oh, how the mighty have fallen.