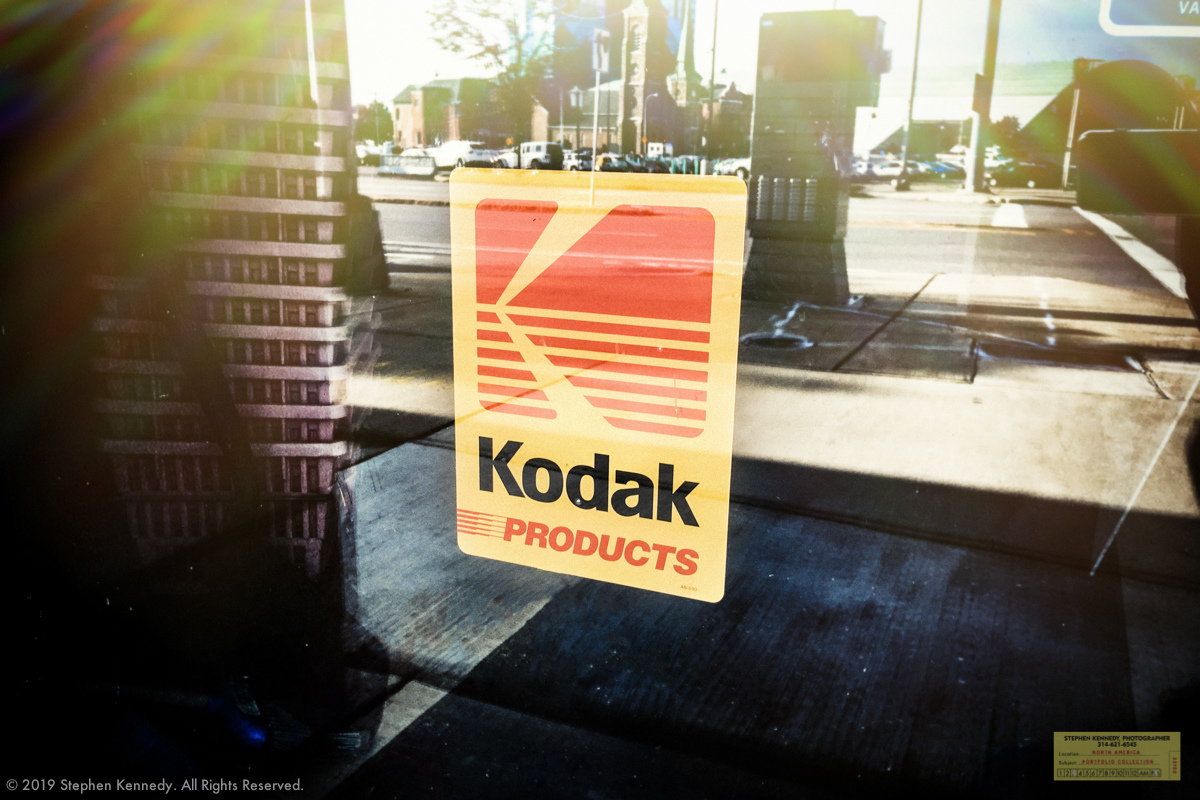 The first time I heard Kodak referred to as The Great Yellow Father was at the beginning of the end. One would think having been so deeply enmeshed in the photography world, I would have been familiar with that paternalistic name.

If you think places like Washington and Hollywood are company towns, you should have seen Rochester in its Kodak peak.

Count me as an early coffin nailer. I started using digital in 2002 and haven’t shot a single frame of film since. In addition to instant gratification, I added a layer of profit to my bottom line that still makes me smile. In the pre-digital world, my monthly film and processing bills were higher than my mortgage.

It wasn’t the pros that did Kodak in. It was the vast consumer adoption of digital photography. First with cameras, then with phones.

Now it’s all over but the crying. Peering into this vacant photo store in Niagara, New York I could still see the remnants of what once was.

I’m sure this little shop was a gold mine for the tourist trade. Now it’s in the same shape as it’s great benefactor 90 miles to the east in Kodakland. All that’s left is the decal and some reflected memories.

Cleveland Above
Scroll to top