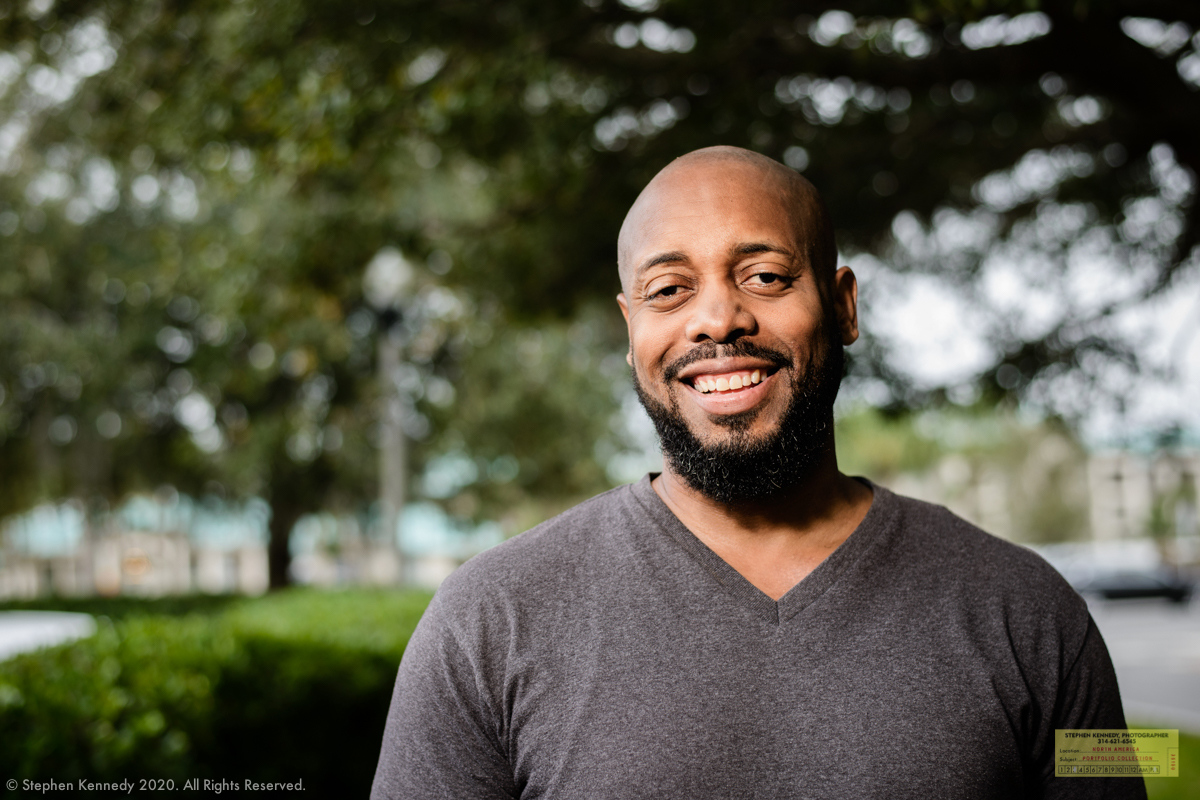 During every photo session, I learn something about my subject just by asking. Sometimes it’s personal, sometimes it’s business. If I’m lucky it’ll be something a little unusual.

My subject of this morning’s stock session in Orlando revealed things that fit every category.

As we made our way through the session, he told me that he was retired from the US Navy. He mentioned that he completed three deployments in Iraq and Afghanistan. When I inquired about the duration of his longest cruise, he told me that he had never been to sea.

Puzzled, I asked how it was that he had three deployments on the other side of the world without seeing the inside of a ship.

He said, “that’s hard to explain.” That’s a short answer that speaks volumes. The next topic of conversation was about our children. Since he’s about the same age as me, it was no surprise that we have similarly aged kids.

He went on to tell me that he has a young grandson too. When I asked how the grandparent life is going for him he had a fast answer.

He said, “that’s easy to explain.”