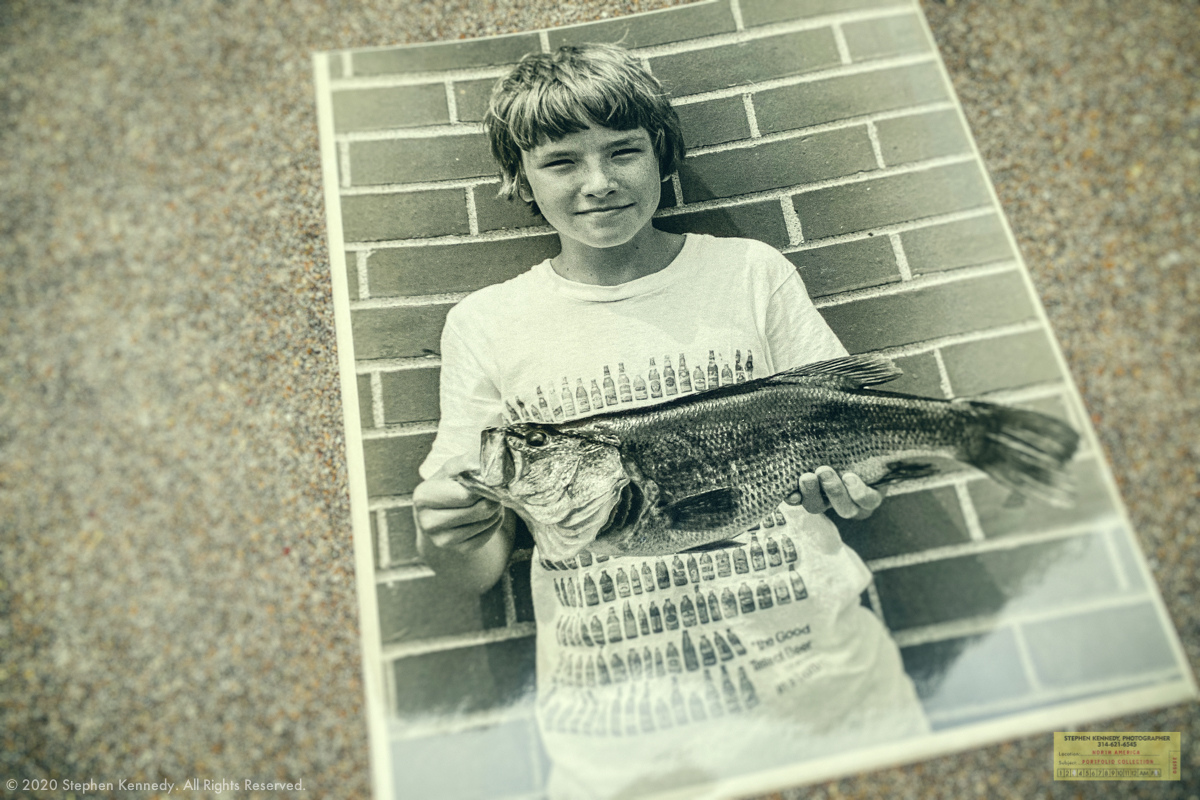 My first brush with fame was when I was named Fisherman of the Week by the Wood River Journal. The exact date is lost to time but it was probably during the summer of ’78.

Something big like this doesn’t just accidentally happen. Thankfully I had some help.

My uncle, Ron Krueger, was my fishing guru. One day he whispered to me that he had access to a farm pond in Jersey County, Illinois. There was mention made about it being a great hidden gem. Naturally, he used enticing jargon like, “lunker, honey hole, and Mr. Big.”

When the appointed day rolled around we made our way to the secret location. The day was hot and still. Even after a very long time in the boat, neither of us had a bite.

I was rifling through Uncle Ron’s tackle box when I happened upon a lure that seemed like a winner. When I was putting it on my line he scoffed but told me to go ahead since we were about to call it a day. On the fourth cast, I thought I saw something move as I let the lure settle. On the second turn of the reel, Mr. Big struck.

After a heroic struggle that seemed to last an eternity, I landed my lunker.

Nobody was more surprised than Uncle Ron.

When I got home with the fish, I convinced my father to drive me to the newspaper to get my record-breaker weighed and get my picture taken. In the fog of his pride, he completely missed the fact that his pre-teen son was wearing a “100 Beers of the World” T-shirt.

The bass weighed in at just under five pounds, though I am convinced to this day that it lost about eight pounds in transit.

I’ve been thinking a lot about my uncle over the past few days. That’s because today he was laid to rest after a very long battle with a particularly awful illness.

He was the best uncle that a young fisherman could ever have.