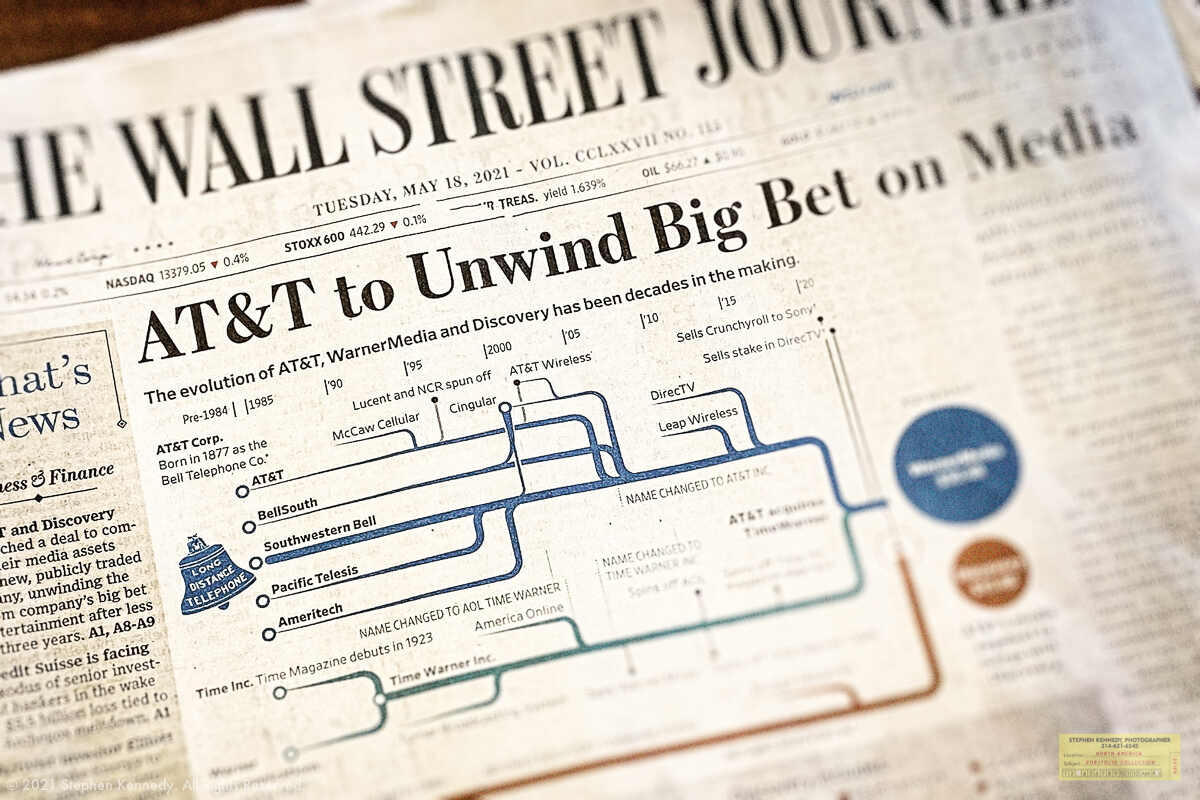 I’m not a regular reader of the Wall Street Journal. However, this headline caught my eye.

If the headline seems obtuse, let me translate it for you. It means that the former AT&T just wasted a bunch of money on a failed venture, again. This time it was a foray into media.

My interest in the entity formerly known as “Ma Bell” is based on my good fortune to be a winner in one of their previous spending sprees.

In the mid-90s, the government granted other phone companies the ability to “compete” with the incumbents for landline customers. One of the ways that AT&T reacted was to spend millions in every state for image ads touting themselves.

Most of the spend was funneled through their ad agency DMB&B, better known as D’Arcy. D’Arcy immediately hired three photographers to rush out and shoot. I was one of those three.

“Spare no expense” isn’t something that I had ever heard before or since. To say this project’s budget was gold-plated is to underestimate how rich it was for everyone, including me.

Luckily I held on to that money and when the time was right, it was spent on two college educations.

No Kinky Cords
Scroll to top