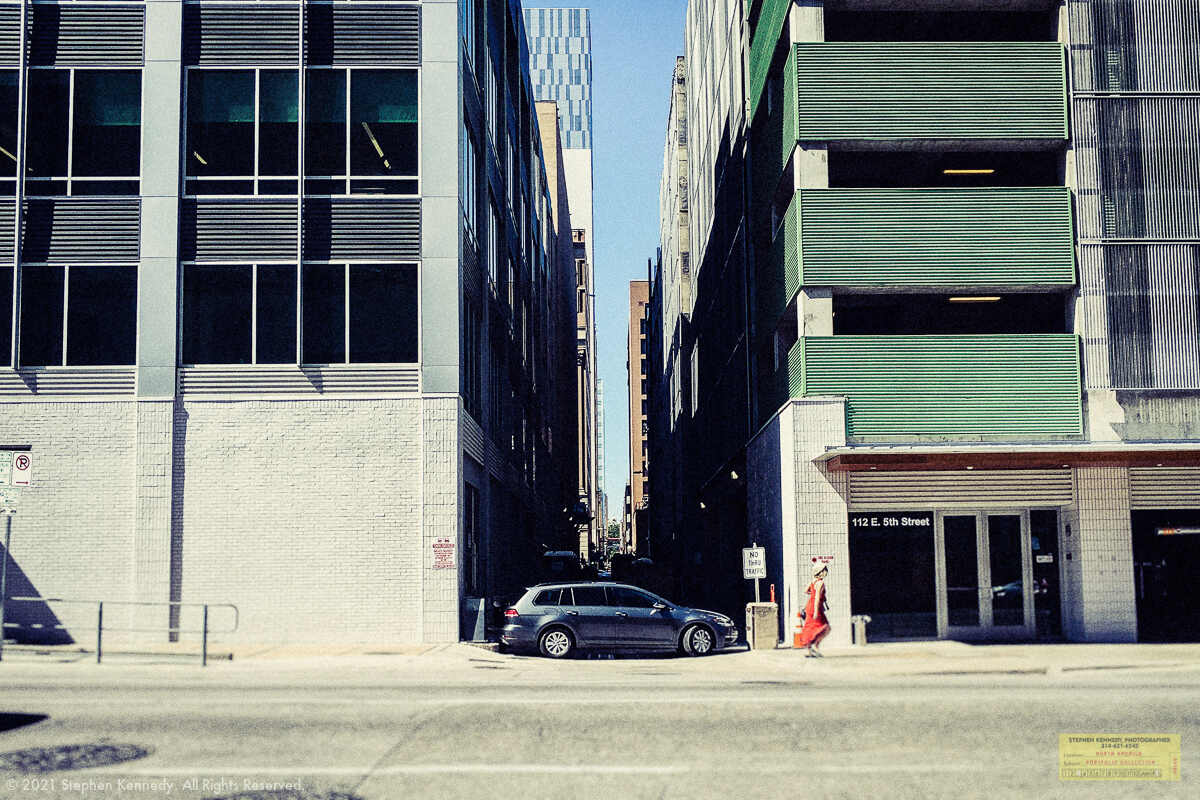 Before I moved to Dallas to be a photo assistant in 1988, I had seen my share of creative driving. However, there was one thing that that was uniquely Texan.

If you are Tex or Bubba, in your lifted 4×4, that there strip is no obstacle to dodging the traffic. In fact, it’s an invitation to get to your destination faster. Especially if you’re going to that Whataburger over there.

The first time I saw this I was astounded. Even after the 500th time, which was only after a month of living in Texas, I was still in disbelief. These road departures were contagious too. It would only take one “pioneer” to cut over and within seconds, he’d have a string of followers.

Seeing it happen every day would infuriate me, mostly because I was driving an old car instead of a capable truck which left me no choice but to endure the slowdown.

When I walked by this scene in downtown Austin I knew that I still had a lot to learn about Texas driving.