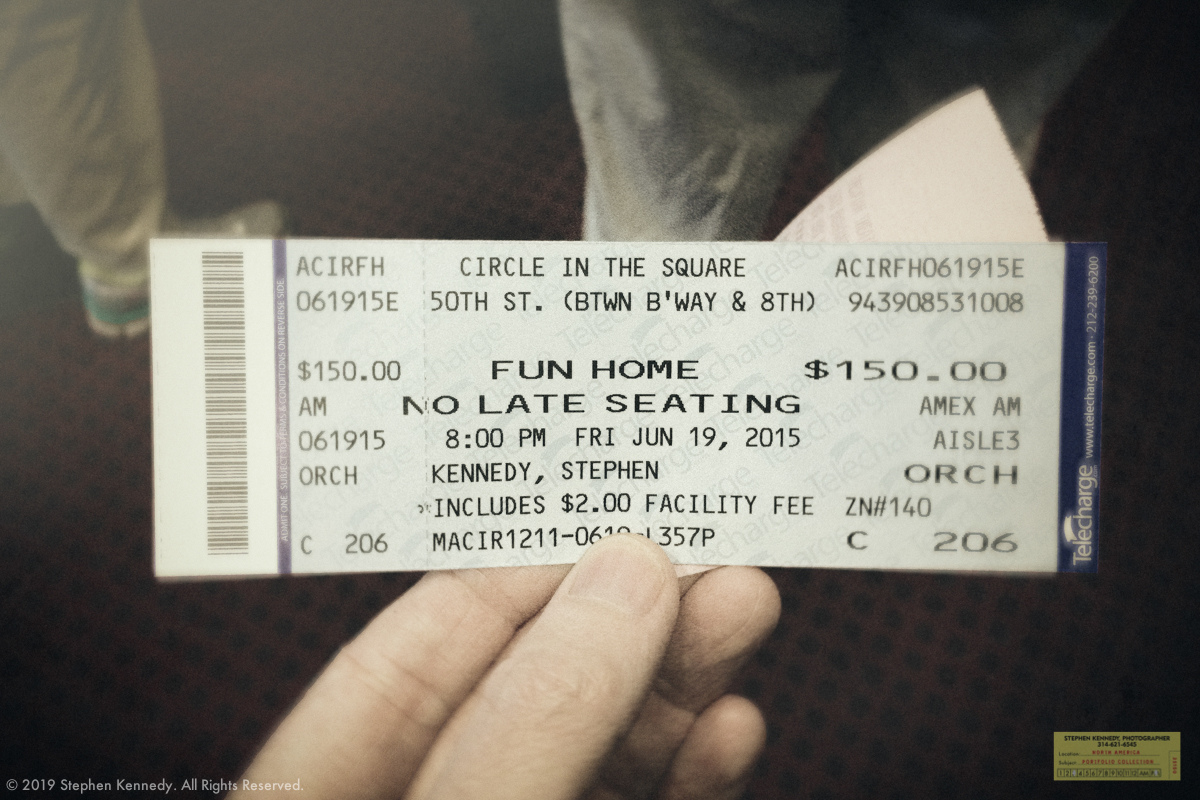 I missed my first chance to see this show because of a mix of my own indifference and laziness.

Then some things started happening to show me the error of my ways.

For starters, it garnered 12 Tony nominations. Five of those nominations turned into wins.

I started hearing some glowing reviews, with the most credible ones coming from family members. You can refer to the first sentence as to why.

The tipping point was when I crossed paths one of the lead actors of the show on Eight Avenue.

Of course, when I decided I wanted to see it, the show was on fire and tickets were unavailable without denting my net worth. I decided to take a chance and go to the box office twenty minutes before curtain and see what fate had in store.

As you can see from the photograph, I got lucky twice. Once just to get the ticket and also to get a house seat which was fantastic.

The awards and the admiration were well-deserved. It turned out to be the best Broadway show I had ever seen. I walked out of there wondering what could ever enthrall me in the same way as that performance.

I had my answer ten weeks later when I saw Hamilton with the original cast.

I’m looking forward to the next best thing that I’ve ever seen, as should we all.

Responder, The First
Scroll to top