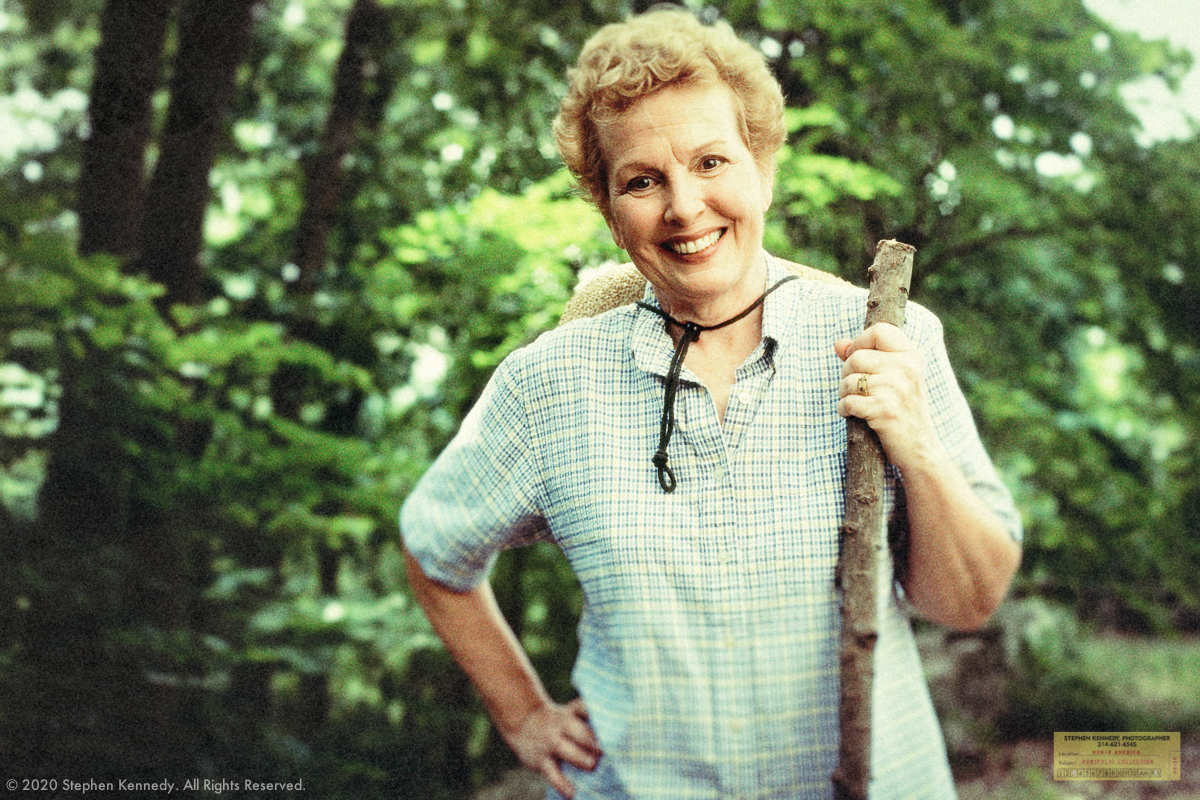 Ask your doctor if blah blah blah is right for you. Side effects may include…

For those Americans over 40 and who still watch ads on TV, these phrases are modern mantras. This pitch and disclaimer probably owns more space in the average person’s brain than the Pledge of Allegiance or The Lord’s Prayer.

The best thing about pharma ads is how enriching they are to commercial directors and photographers. The money is great, but the micromanagement of the creative process makes even the biggest payday hardly worth the effort. Gigs in which everyone is in it for the money tend not to be memorable.

There was one campaign, quite a long time ago, in which I was given free rein to illustrate some concepts by actually photographing real people in action.

When Jon, my client, said he wanted a believable photograph of a fit woman in her 70s on a hiking trail I told him I had that covered.

Three days later he flew in from Kansas City, Judy drove from her rural home to St. Louis and we all rode together to Godfrey, Illinois for the photo session.

An hour later we had it all on film.

The Gig Was Whirly
Scroll to top