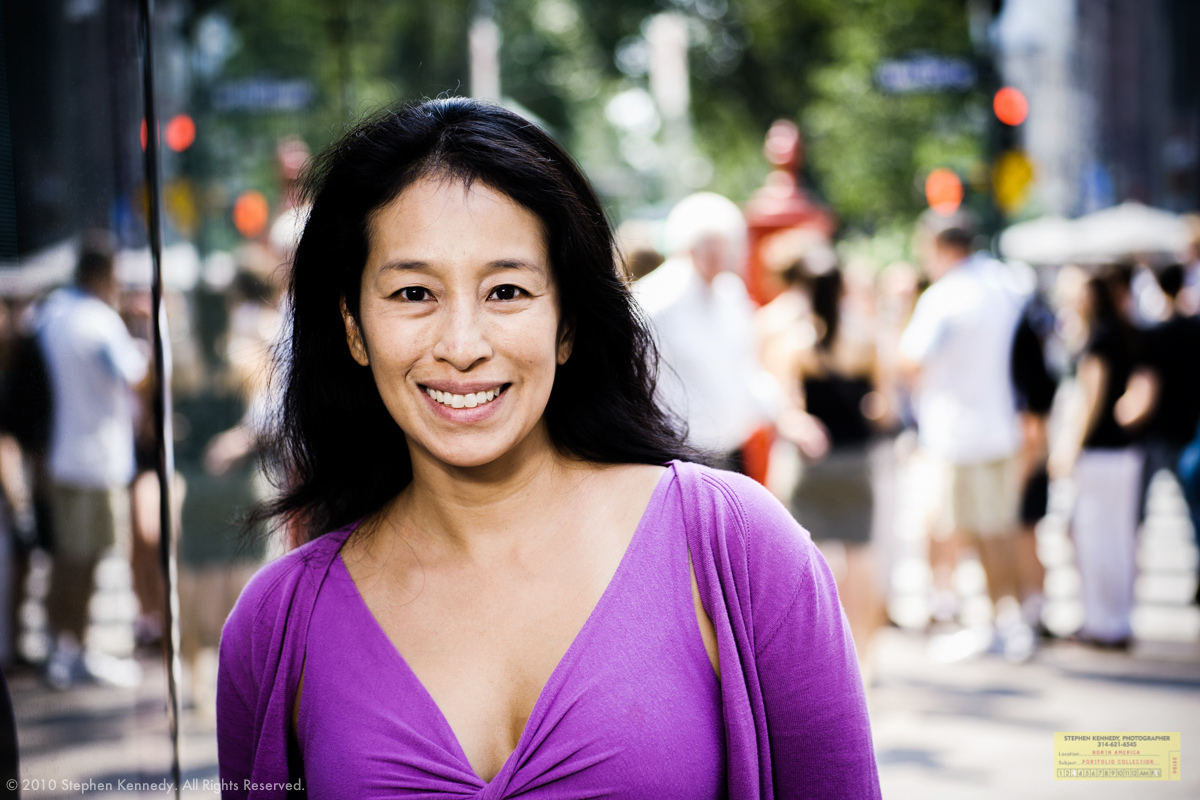 Where’s my summer studio? It’s wherever I’m standing outside.

It can be in the heat, in the sun and even in the rain if I can find a sliver of overhang.

I had a hired gig last week in Manhattan where summer was in full swing. The temperature was 95F along with a layer of humidity that you swim upon.

As I met my subject on the 40th floor in her very cold building. She assumed that we’d saunter down the hall and I’d snap a few frames in a conference room.

Boy was she wrong.

I told her that we would be heading outside for the session. Once the shock wore off, she agreed and we made our way outside. Luckily for me, my creativity was further challenged by a pop-up rain shower that appeared while we were in the elevator heading down.

She again assumed that the al fresco approach would be scrubbed. Wrong.

I pointed to a very narrow covered area that protected her from the rain and direct sunlight. Warily she agreed to proceed.

Once I got my setting dialed in and the strobe was properly set I shot a few frames and let her see the results on the camera’s LCD.

Not only was she convinced that this unorthodox setting was workable for a corporate portrait, she assumed that I had already nailed it enough to call it a wrap.

She was just half right.

We went on to spend time getting some even better portraits and we were rewarded with some sunshine at the end.

The final result was good enough to make us forget about the heat.

CCC You Later
Scroll to top