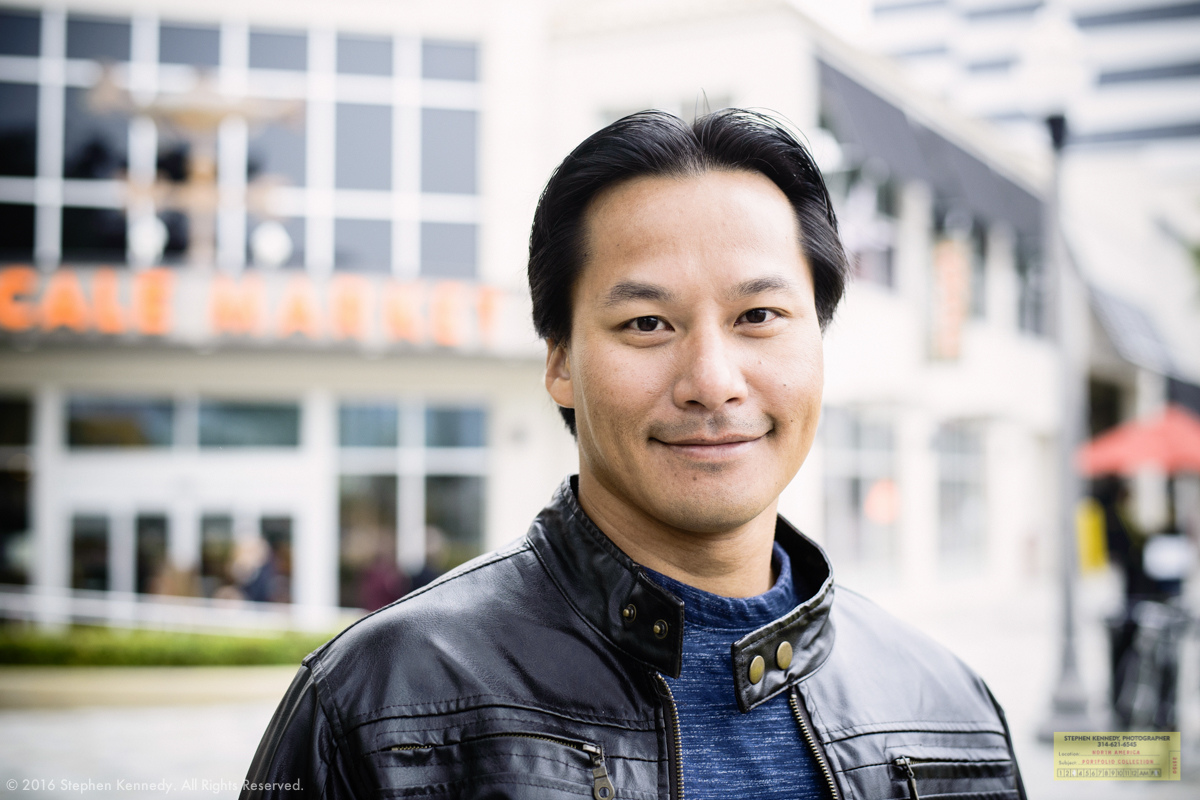 The time between Christmas and New Year’s Day is a predictably fallow time of the year for me. I’ve never once had a paying gig during that week.

This gives me plenty of time to prepare for the upcoming year.

For now, 2020 is still shrouded in uncertainty as to where the first frames will be captured. I know that I’ll be in New York on the second weekend of the new year. The week after that, I’ll be in Orlando for two days. Just a few hours ago, I got booked for a local gig at the end of January.

That still leaves a big chunk of time for the inaugural shoot of the year and the decade.

This portrait was from my first session of 2016. It was in downtown St. Petersburg, Florida amid what the locals called a cold snap. Everyone was jacketed except me. That’s because 65 degrees Fahrenheit in January seems like a heatwave to me.