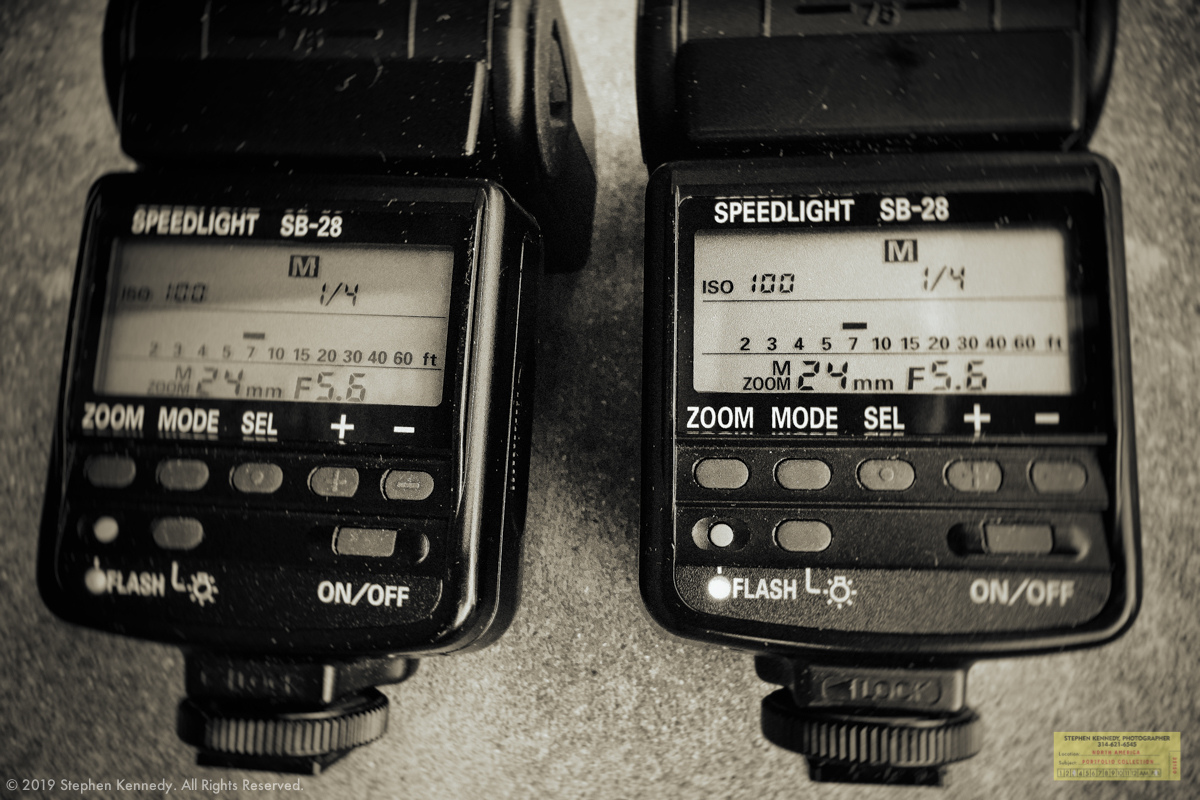 There’s been a distinct progression of light sources for photography starting with the most basic light of all, the sun.

Some enterprising photographer discovered that a flash of a firework or gunpowder could be a suitable simulation for times when the sun wasn’t out.

Mercifully, that transitioned to flashbulb then on to electronic strobes.

Now we have phones that included cameras that can practically see in the dark.

In the 1970s, camera manufacturers turned the lowly on-camera flash into a technological marvel. In a very short time, these units became integrated with the capability of the camera to include autoexposure along with infinite customization.

The improvements keep marching on. Now there are small flash units that integrate wirelessly with phone cameras for great creative results.

These two Nikon flash units, dating from the 1990s, are nothing more than surplus for me today. They’ve been replaced by units that are two generations newer.

It’s a great feeling to know that anytime I want to simulate the sun, I can do so by firing up one of these magical devices.