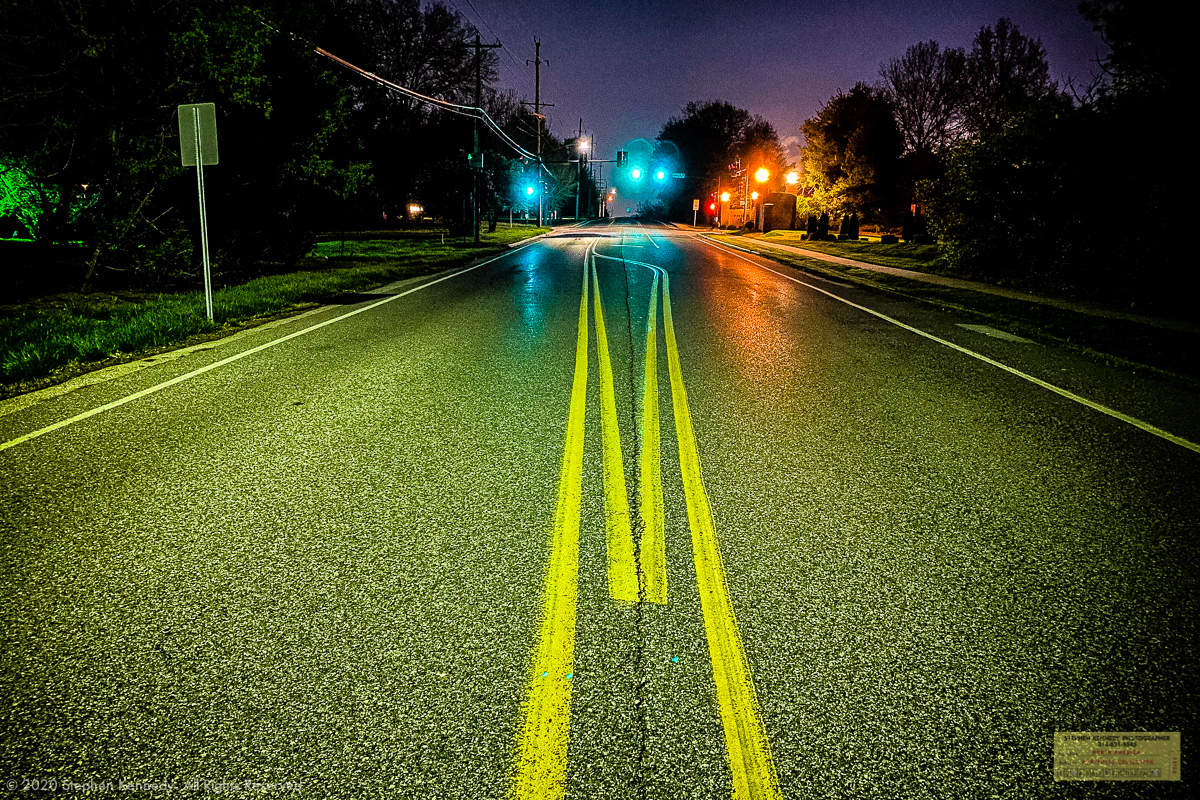 In the pre-digital era, capturing images at night was a technical challenge. The craft aspect was so hard for me that it dampened any interest in making art.

From time to time, I’d venture out with a camera and tripod to explore and test. The easy way out was to work in black and white. I say easy because the brightest lights of the night were quite ugly.

Urban streetlights were mostly sodium vapor. The color that those lights give off is as toxic as the name. Mercifully, most of those lights have been replaced with LED which is a great improvement for seeing things at night.

Like anything else, there’s nostalgia for the deprecated tech of this bygone time. This strange article is a case in point. It talks about how “clean” LEDs have removed a certain noir aspect inherent in 20th century night photography.

If you look close enough, you can find a few of the old sodium vapor streetlights. There’s one just steps from my front door. I guess it still has some life left to bathe this road in a funky hue of times past.