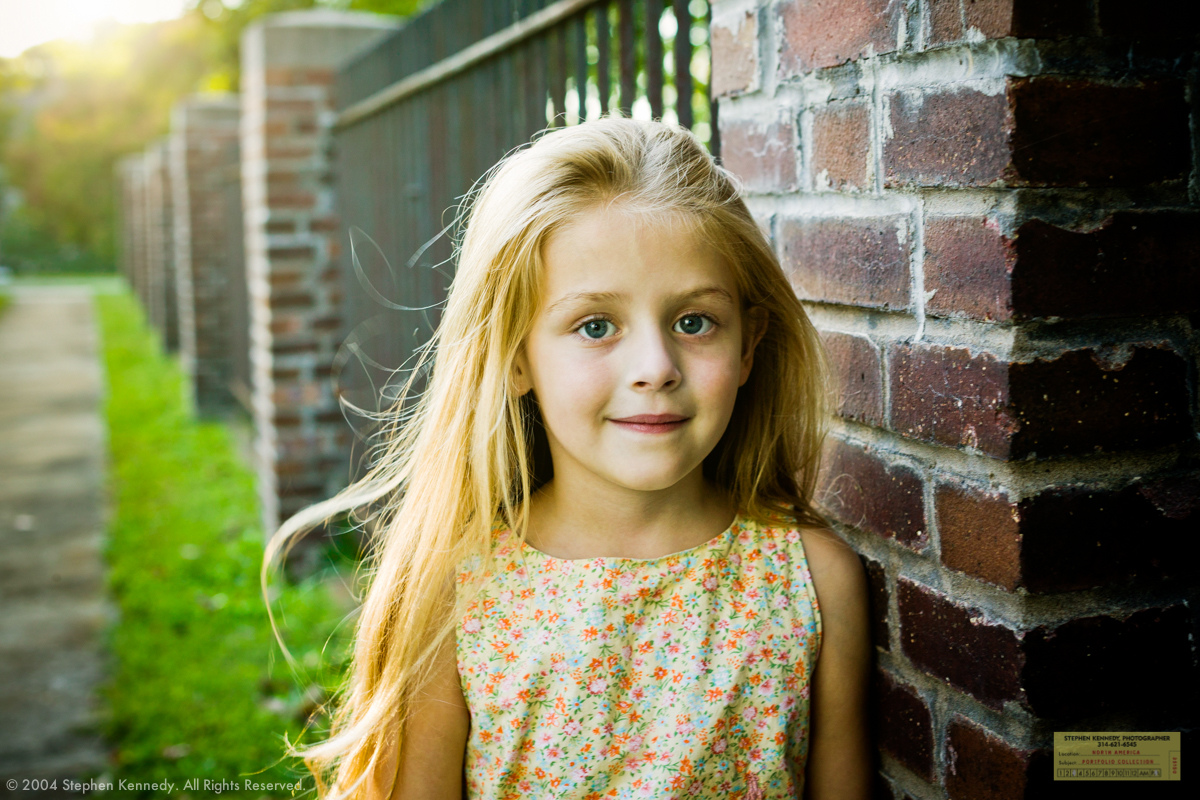 Even though I don’t fly much anymore, I still take a measure of things through the framework of aviation, especially during photography sessions.

When I’m working with my camera and things aren’t exactly going my way, the best thing to do is to slow down. In aviation, it’s called “slow flight” and it’s a common occurrence. In actuality, every landing is an exercise in slow flight.

Hopefully, going slower allows me to see something that I may have missed along the way.

This session with the lovely child in Bonne Terre, Missouri was going nowhere fast.

We got a late start so I found myself racing to the location. I was chasing the light at the exclusion of everything else. Unsurprisingly, nothing seemed to be working.

The wind was coming from the wrong direction, the brick fence standards were leaning in different directions and it was hot as the blazes.

Nothing was going right, except the only thing that mattered.

What was right was the child’s expression and presence. By focusing on the peripheral things I had missed the most important aspect of the portrait, which was my subject.

Once I slowed down and started from scratch it became evident that a listing fence and some luffing strands of hair weren’t going to be a factor at all.

One More Thing
Scroll to top