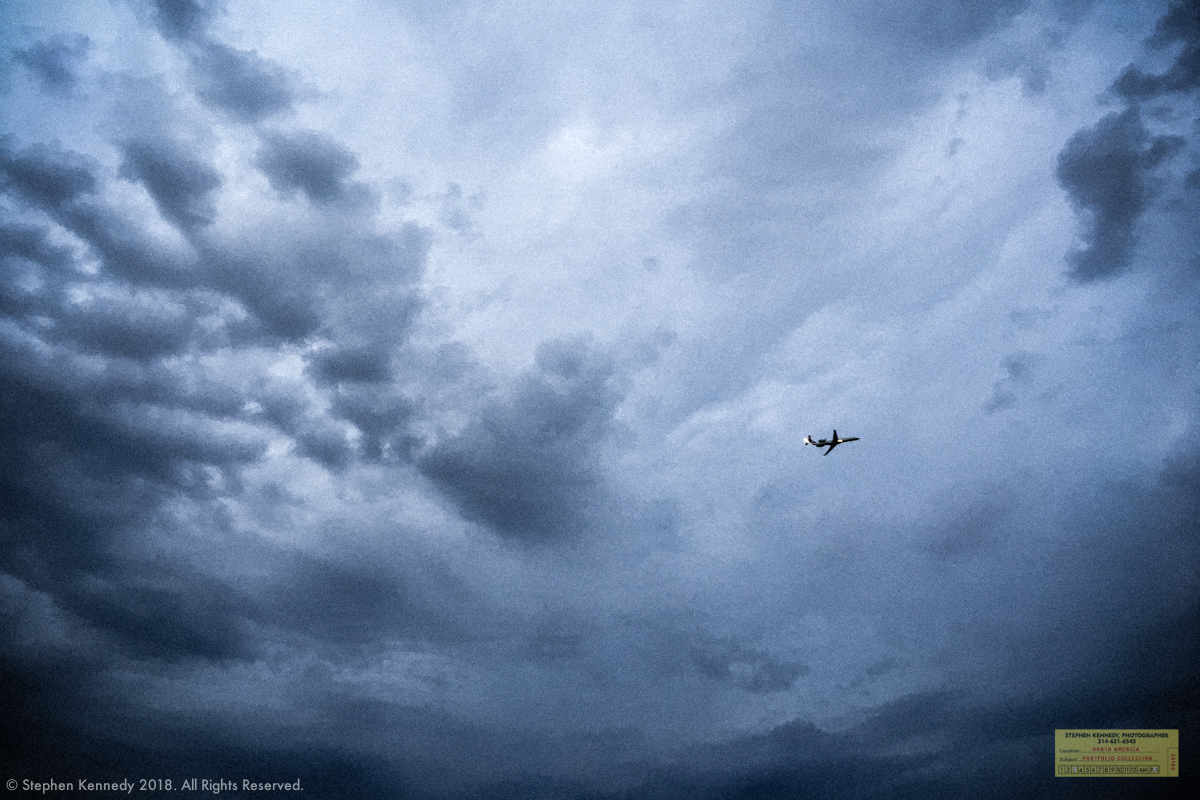 At most times of the day, there’s an entire city above us flying in the airspace over the United States. The exact amount varies by the hour but the size of this city is often in the hundreds of thousands of people.

That means if you merged Springfield, Missouri and Santa Fe and Boise, you’d still need to add a couple of stadiums of people to match the population of those already in the air.

This jet was photographed on the departure end of the runway in St. Louis as it made its way to the metropolis of the sky for the 100 or so folks aboard.

A Change of Pace
Scroll to top