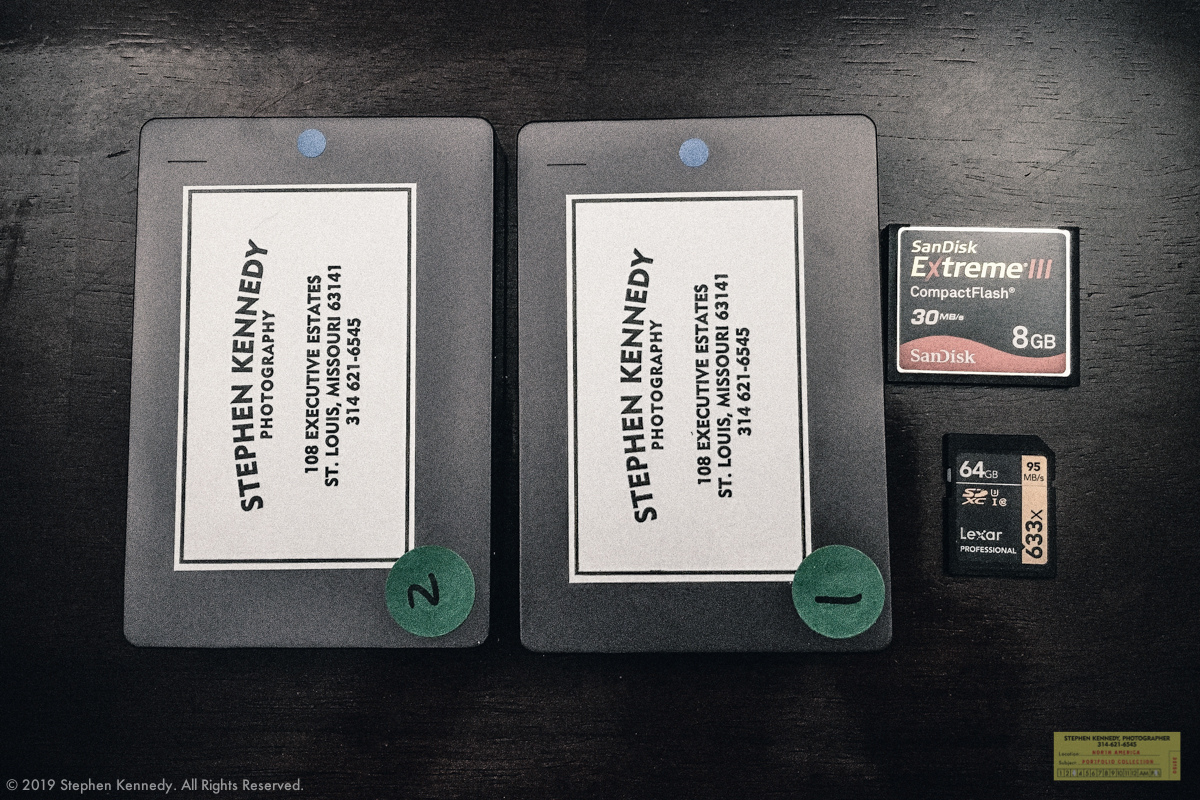 I never worked in an office but I lived through the end of the era in which secretaries took dictation in shorthand. I’m old enough to know how carbon paper works and I also know that mimeo isn’t a misspelling of Vimeo.

The five or six morgues I’ve been in are mostly the same. File upon file upon file. When I was a film photographer, I had my own fortress of files. Saving all of those strips of film seemed like a great idea except on moving day.

After the fifth or sixth studio/office move, I wised up and tossed all but a few frames.

Even with my minimalist approach, I have more photos than ever. There are between 600,000 and 800,000 photographs in my hard drives. Now instead of storing film in envelopes, I have “data” suspended on spinning disks.

Currently, my entire lifetime of creative output lives on two small drives that can fit in the back pockets of a pair of Levis.

If the linear progress of storage media continues its relentless pace, all of my data will fit into something too small to see.

The problem of moving and storage will morph into one of hiding and seeking.

This is the Time

Being on Notice
Scroll to top