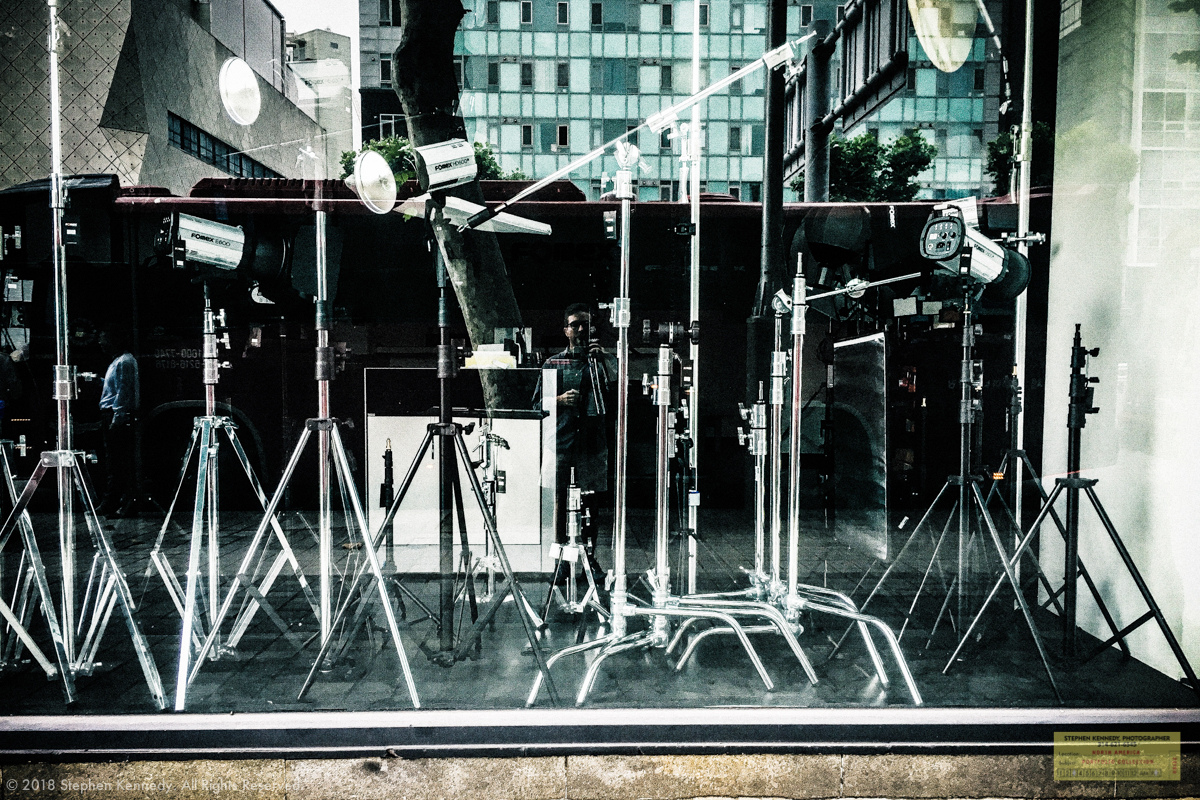 I’m not an early riser but when I was recently in Seoul my body clock seemed to have been left at home where it was lagging by 13 hours.

Being suddenly wide awake at ungodly morning hours gave me a chance for some early morning exploring which was revelatory. Seoul, like me, isn’t keen on being the early bird. In fact, my greatest frustration was finding good coffee at such an early hour.

This lack of readily available energy in a cup, added to my natural curiosity, resulted in multi-kilometer wanderings that were revelatory of my new favorite city.

I saw things that were both familiar and foreign.

What I never expected to see was an equipment rental house that displayed their wares like the luxury items on display at Harrod’s. For the first time since childhood, I had become a window shopper.

When I saw the gleaming C-stands and light modifiers I thought I was having withdrawal effects from lack of coffee. Just to make sure I wandered back after being topped-up to prove it wasn’t my imagination.

There’s Another One Tomorrow