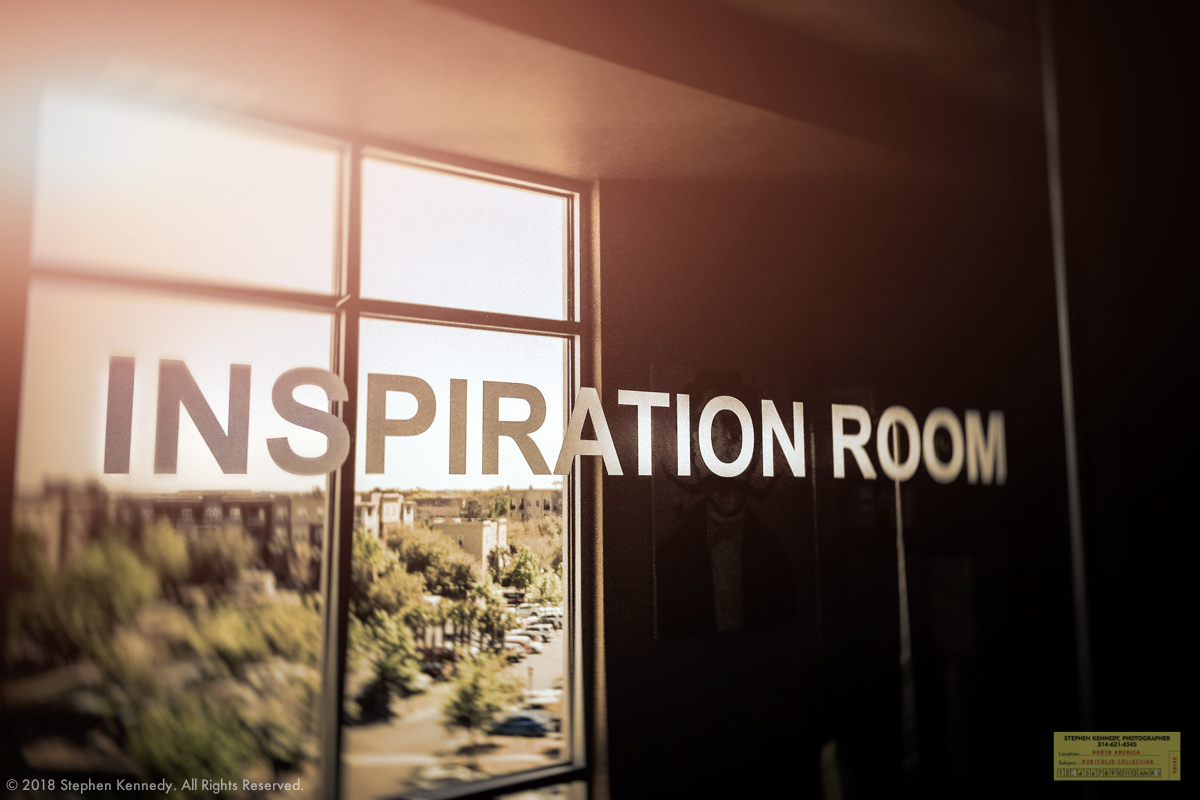 I saw this as I exited an elevator in Charleston, South Carolina last week.

It got me thinking of all the inspiration rooms I’ve spent time in along the way.

The first one was a darkroom at school. With the lights on, it was a dank closet with trays of chemicals. As soon as the white lights went off and the faint amber “safe” lights came on the place turned into a palace of possibility.

There were others that were just as important.

-A middle seat on a British Caledonian DC-10 that took me and a dozen high school classmates to London.

-My first small studio in the Italian neighborhood of St. Louis.

-The gym at the Jewish Community Center where I go every day that I’m not traveling.

-Most recently, a third floor flat in Seoul that couldn’t appear more pedestrian from the outside if it tried.

Come to think of it, inspiration can happen anywhere.

Guys in Ties
Scroll to top