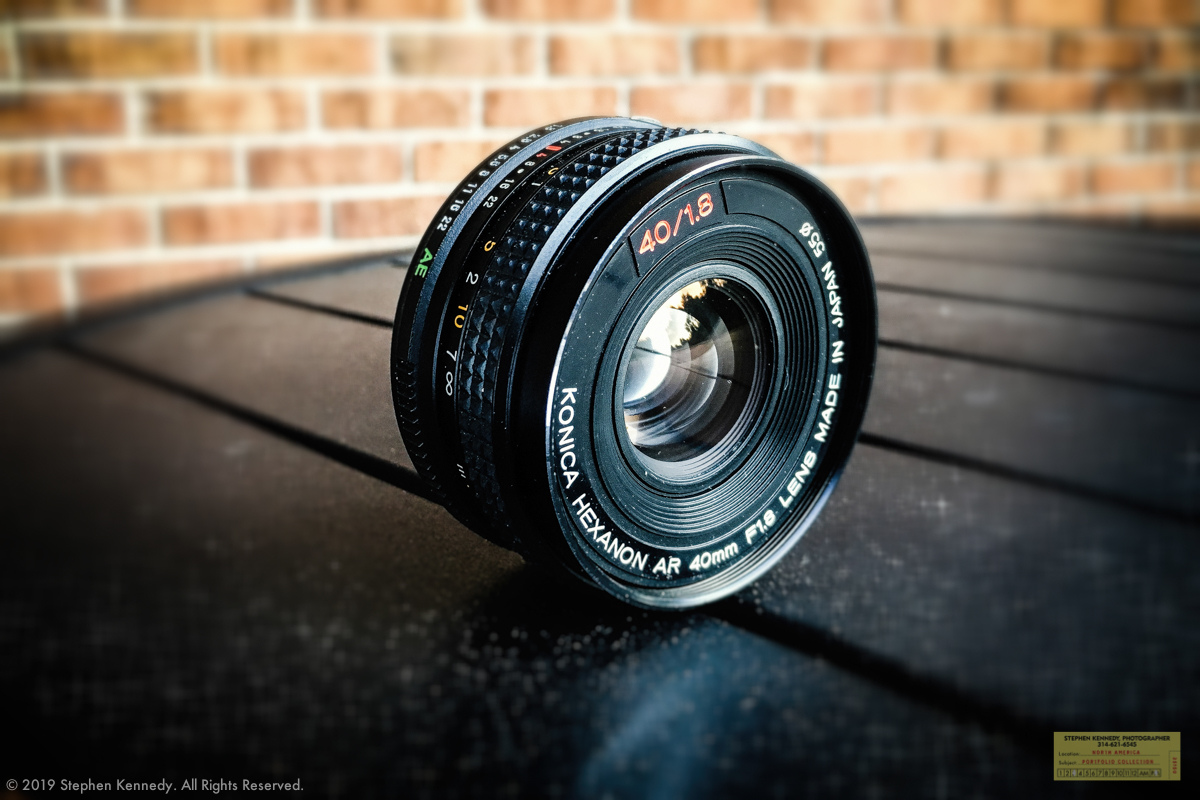 Ron is my uncle. Konica is a late great camera brand. The lens in the photograph is what I call Ronskonica.

Before I knew that I wanted to be a photographer, I knew that there was something special about my uncle’s camera that he would bring along to family events.

It was a Konica.

In his camera bag, there was the SLR body, three lenses and a flash. I never noticed it for many years until the one moment that I did.

Every photographer that I know will tell you exactly how a certain piece of photo equipment triggered something that started a lifelong journey in this discipline.

Everybody and their brother had an Instamatic. More than a few people had SLRs with leatherette cases and a standard 50mm. That was the mainstream.

Even today, the 40mm focal length seems to be used only by photographers of distinction. Someone I’m quite fond of, Virgile Simon Bertrand, mentioned to me that he uses a Voightlander 40mm with some regularity. That’s quite an endorsement.

A few years ago I ask Ron if I could borrow the Konica 40mm for a while. I was interested in adapting it to a Fuji mirrorless camera. Naturally, he obliged.

The interesting thing is that I’ve taken more compelling photographs of the lens than with the lens. Just seeing it and holding it accomplishes something that words can’t describe.