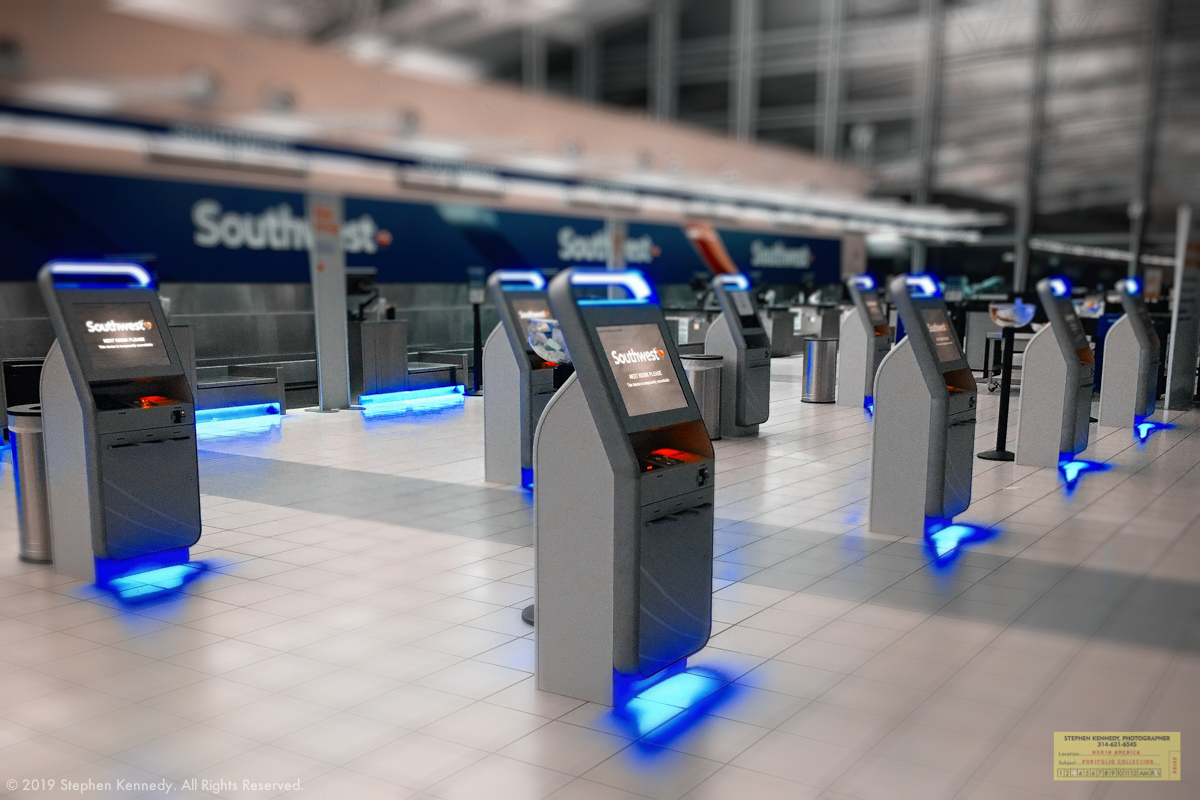 That’s the opening lyric of James McMurtry’s song Airline Agent which was written long before the robot invasion that has made my airport experience so much better.

I don’t pine for the old days of air travel. I’ll gladly take the monumental improvements of mobile check-in, baggage drop and security pre-clearance over the tyranny of yesteryear’s heartless airline agent.

Thanks to technology, camera phones and Yelp, lousy airline agents are almost extinct with just the horror stories remaining.

About 24 years ago, in Quito of all places, I fell into conversation with three other Norteamericanos who had all been victimized at various times by a notorious TWA ticket counter agent in Denver. Incredibly, I had observed the very same agent deliberately delay a family from making their flight to JFK which also broke their connection to Europe. The reason remains a mystery.

Even the Soup Nazi was tame by comparison.

That’s all gone now just like the old Stapleton Airport where this agent reigned. Gone too is the once mighty TWA and their mismatched fleet of Lockheed and Douglas relics.

First We Test
Scroll to top