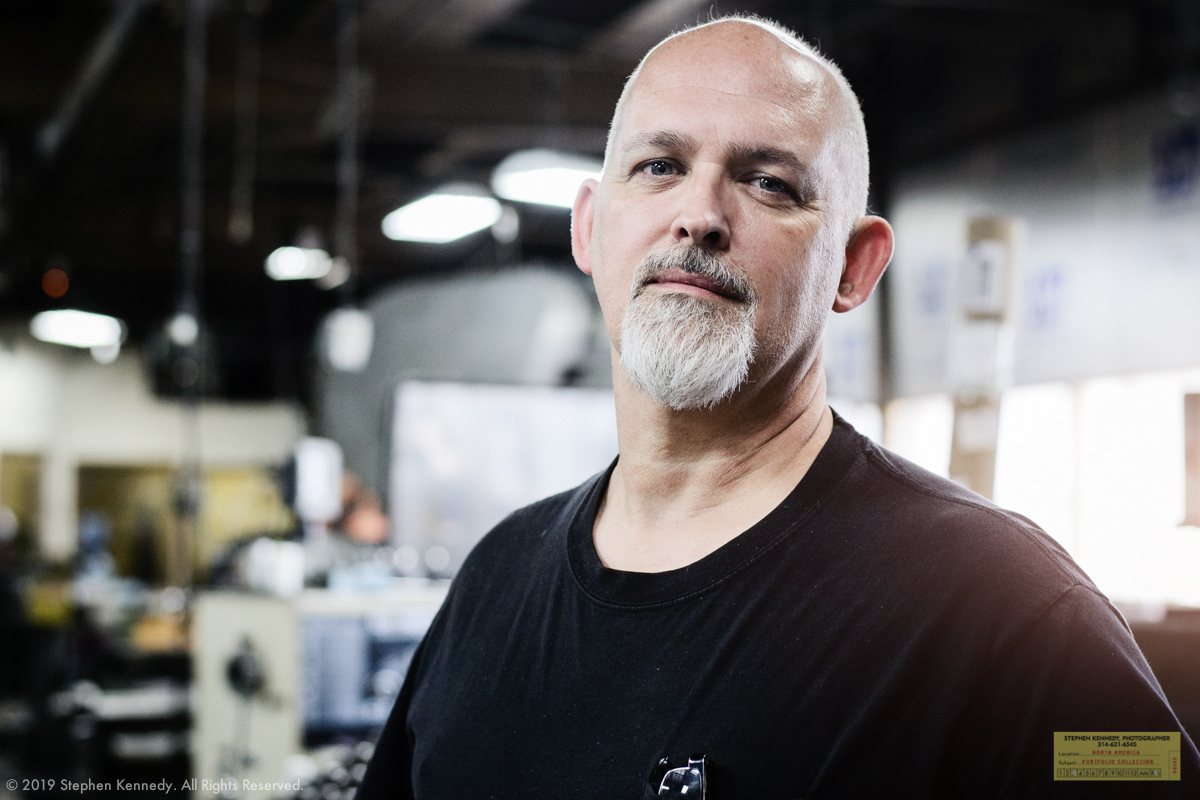 Last week I watched a 13-year-old documentary on the life of Tom Petty.

The most touching line in the film was Petty’s telling the story of receiving a note from Johnny Cash after they collaborated on a record. The note said, “you’re a good man to ride the river with.”

It reminded me of a friend whom I don’t see often enough. This fellow’s name is Steve. We rode a few rivers together in the late 80s when he was a photo assistant and I was just breaking into the business.

For the first two years of my life as an advertising photographer in St. Louis, he was my go-to-guy for a series of studio and location adventures.

Thirty years later, I’m not so new and he’s the owner of a precision machine shop in central Illinois with a roster of industrial customers.

I was sad to see him leave the photography world in the early 90’s but I knew his future would be bright no matter what he pursued. I was right.

A few months ago, I made a trip to Bloomington to photograph Steve and his current band of river riders.