Right Before It Changed 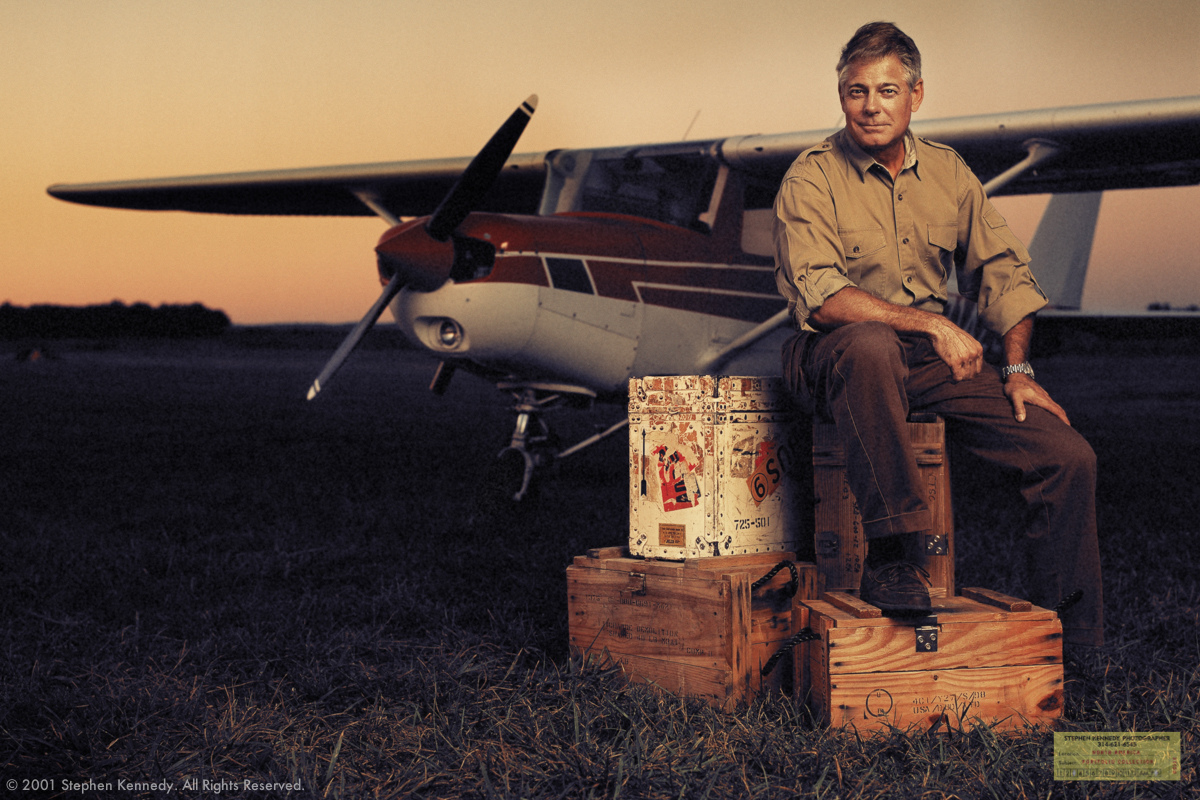 Some of the hottest days of the year where I live will happen in September. Kids can be back in school for a month, bathed in conditioned air, while the St. Louis climate is still a steaming furnace.

It’s quite a challenge working outdoors in those conditions if you want to make your subject look remotely normal. However, if the goal is to make someone look a bit tough or rugged, 95F and high humidity is your friend.

The portrait of the handsome fellow portraying a pilot was taken on a grass runway near the Mississippi not far from where I live. It was the eighth of nine ad sessions for a campaign. Over a number of weeks, we traveled to locations in New England, Arizona, and Chicago.

The one in St. Louis happened because I had some insider aviation connections and could get the plane and use of the runway with minimal fuss. I was in the middle of flight training at the time and very close to attaining my license.

Our session went exactly as planned but by the end, we were drenched with sweat, covered in burrs and pretty tired after humping all the gear out to the shooting spot.

After loading my Bronco, we made our way into town for a late dinner and post-game analysis. We ate a lot and rehydrated. The talk centered around what we had accomplished that day and our upcoming final session in Alaska scheduled for the following week.

On the way back to his hotel we talked about how we’d return to normal in a few hours. He had an early TWA flight the next day to Detroit and I had an 8:00 a.m. flight lesson with my regular instructor.

At the time I dropped him off late in the evening on the 10th of September in 2001, we were blissfully unaware of how things would change for all of us the next morning.