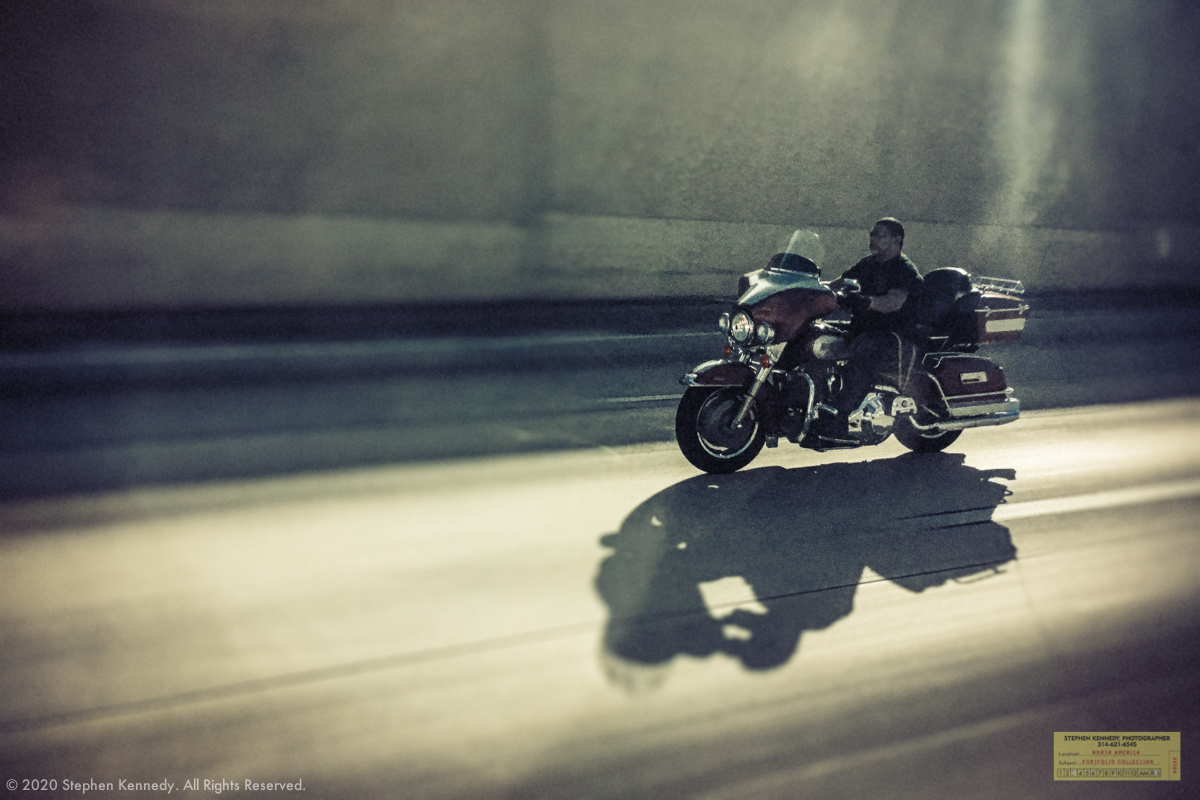 I have a good friend who is smart and successful. In the thirty years I’ve known him, I’ve never seen him falter. I would feel comfortable outsourcing any personal or business decision to him without hesitation.

My friend is also a motorcycle rider and master mechanic. His Harley-Davidsons were acquired when it appeared as if they were exhausted and beyond repair. They entered his shop as hulks and he resurrected them for decades of additional enjoyment.

He sports the gear and attire that you’d expect a rider to wear.

When he’s in a state that requires a helmet, he wears one. But as an Illinois resident, he goes without a helmet when he’s in his own state.

To him, the loss of peripheral visibility when helmeted isn’t worth the upside of head protection.

I bet this fellow that I photographed on I-95 in Dade County, Florida subscribes to the same motto as my friend.

“Let’s those who ride decide.”

Bricks and Mortar
Scroll to top