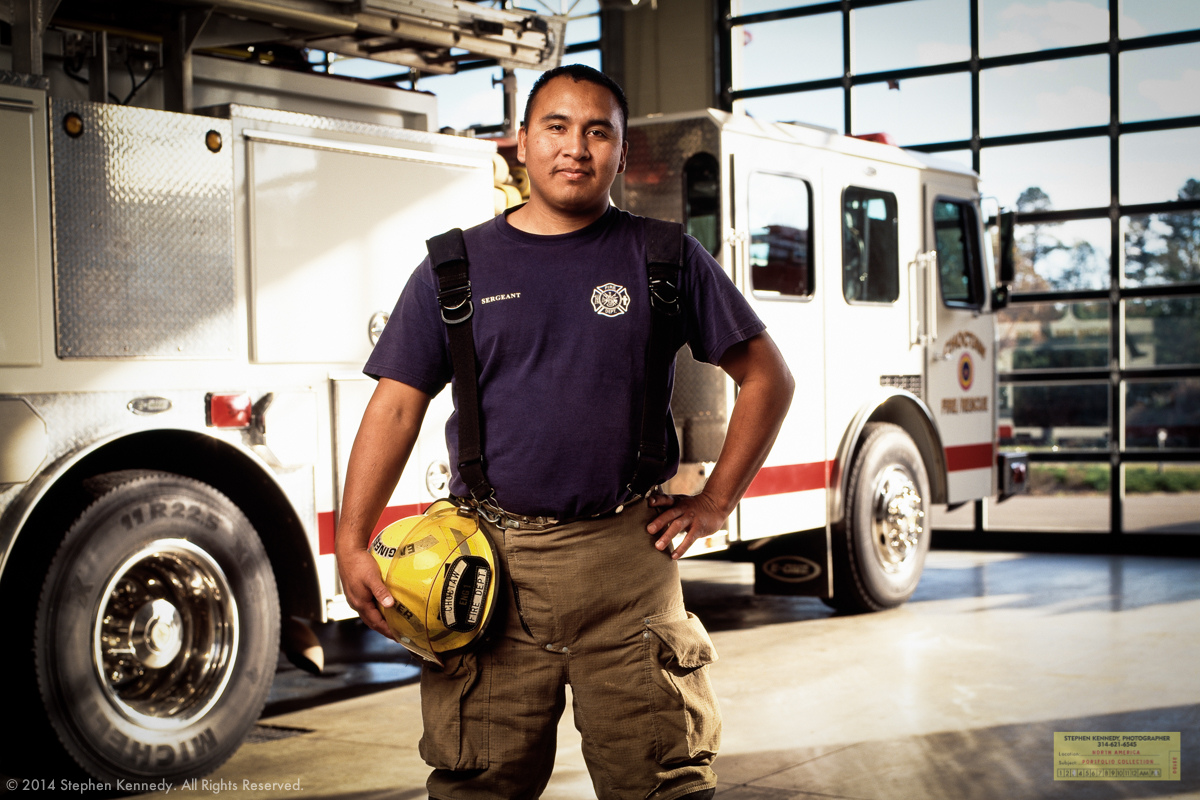 As a grown man, it’s sometimes hard to remember certain aspects of boyhood.

But when I see a fire engine or firefighter, I immediately feel the same way I did as a kid when seeing the same sight.

In a polarized world, there’s nothing more uniting than our universal admiration for this kind of first-responder.

When I was a photojournalist I witnessed many events that involved fire trucks and people brave enough to suit up for some pretty dangerous work. My commercial work has put me in proximity with a number of firefighters as subjects and fire stations as locations.

One of the most memorable was in San Diego fire station adjacent to Balboa Park. The photo session was pretty dull but the feast that the firefighters had prepared ranks as one of my favorite work meals of all time.

Some other stations where I’ve worked were in Illinois, Massachusetts, and Texas. Each place was different but the great hospitality was not.

This portrait, with the incredible natural light, was in a very quiet part of Philadelphia.

That’s Philadelphia, Mississippi by the way. Not the bigger city in Pennsylvania with the same name. Those two places only share a name, but I’m certain that any firefighters from either place would feel right at home in either fire house.