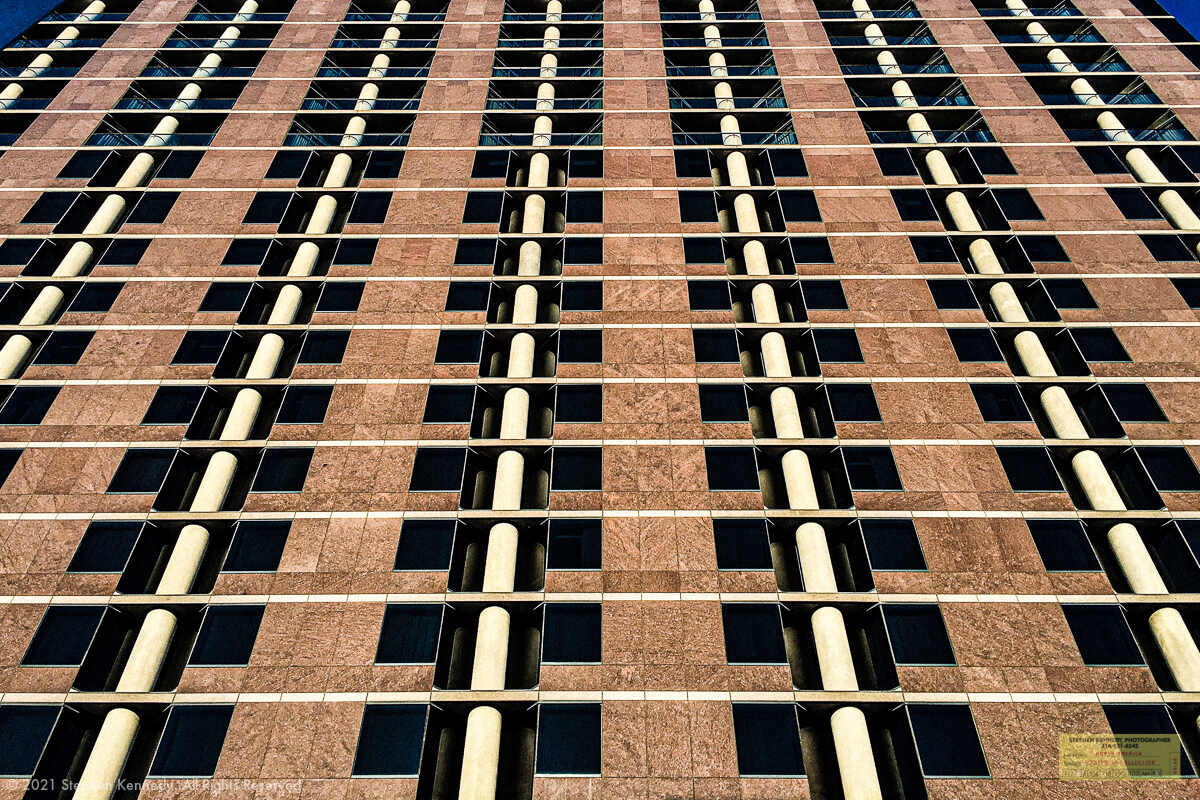 There was a time in which I had two commercial agents. One was based in New York and the other in San Francisco. They were both effective in different ways. However, the one San Francisco broke a cardinal rule of mine and the result was termination.

On the day I pulled that plug, I decided to end it with the one in New York and return to being my own agent.

That meant that I needed to get back into the routine of showing my portfolio in person. This sounds trivial to most people, but ask any artist how they feel about this kind of selling and you’ll discover that root canals or tax audits would be preferred.

I have no idea the exact number of in-person portfolio presentations I’ve made over the years but I think it’s at least 700. This repetitive stress is the kind thing people talk about when they say, “what doesn’t kill me makes me stronger.”

While I don’t remember all of the names and faces of those in my meetings, I rarely forget a building.

This tall one in downtown Austin that I passed by in 2018 is a case in point. I’ve been in there twice with my portfolio but I can’t dredge up the name of the ad agency.

I suspect the company has morphed, merged, or pivoted into something else. Maybe I have too.