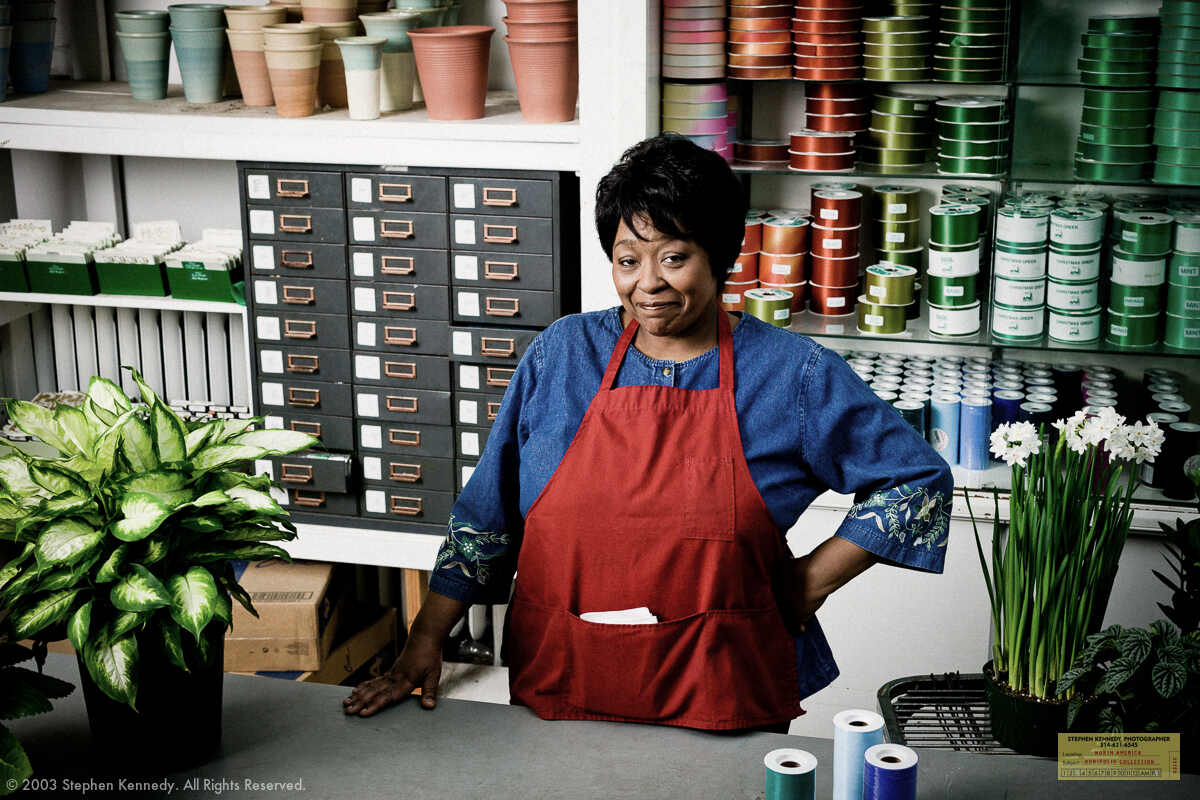 Right after Thanksgiving in 2003, I received an urgent call from an Indianapolis ad agency. They asked if I could produce six photo shoots for an ad campaign. They planned to exhaust everything remaining in their annual budget. I was the right photographer to spend them down to zero.

We started the sessions in mid-December and wrapped two days before Christmas.

The last action item on the list was the billing. I made sure they got the invoice before shutting down for the holiday and they promised to pay it right away. On December 27, the FedEx man arrived with an overnight envelope. It contained the check for an amount of money that still ranks in the top ten of my career earnings. What a way to close out the year.

The story didn’t end there.

A week later, the ad agency’s client was acquired by a rival. Naturally, the ad campaign was put on hold. A week after that, the new owner fired the ad agency.

This regime change meant that all of the photography, including this flower shop illustration, would never be used by this client.

However, I owned the work. The copyright belonged to me and even though I was paid a staggering amount, it was for a license, not a transfer of rights.

Over the years, I went on to sell licenes to this batch of work to dozens of other companies.

That regime change turned out to be quite a windfall for me.