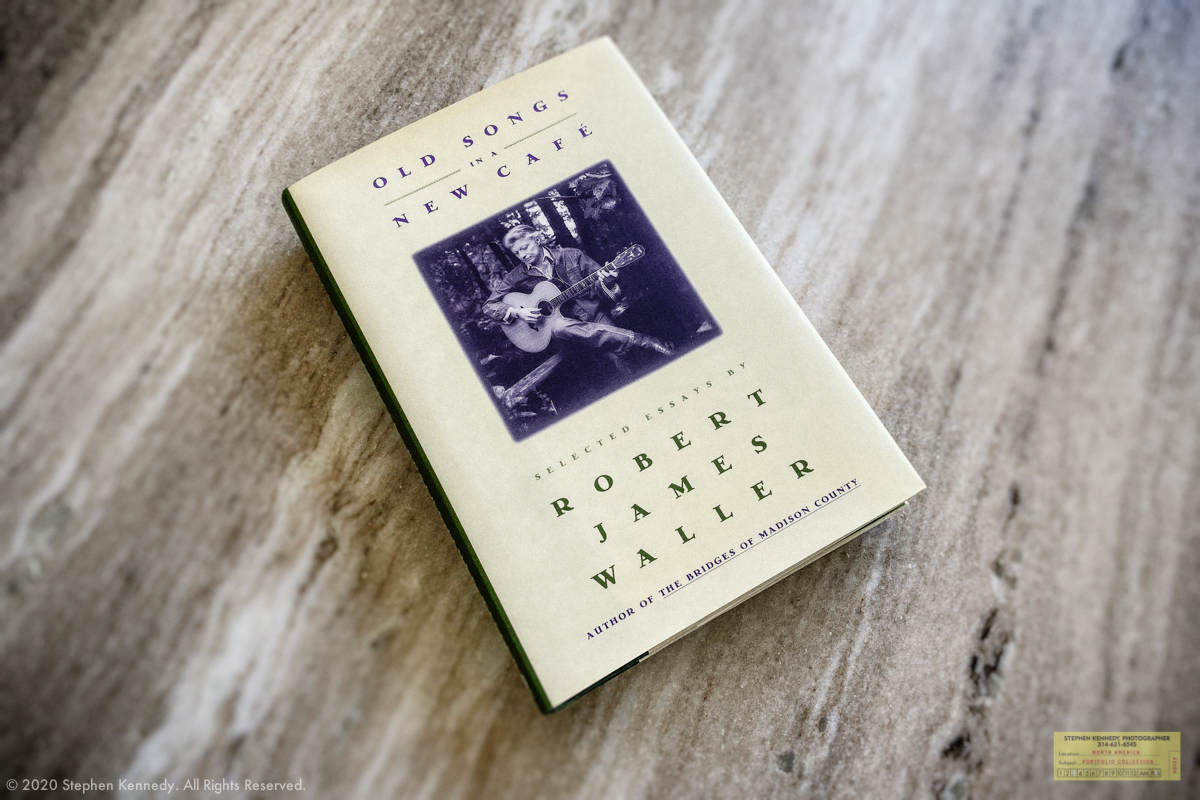 Before he was a famous author, Robert James Waller was a professor of business at a university in Iowa. I didn’t attend his college but on one occasion, he gave me a masterclass on the topic of investing in myself.

In September of 1992 right before The Bridges of Madison County went through the stratosphere, I met up with Robert for a photography session for Newsweek.

There was a real chemistry between us. What normally would have been a 45-minute shoot lasted all afternoon. I shot 30 rolls of film which is about ten times more than Newsweek would normally expect to get from a freelancer. There was no chance they’d ever pay for that extra film so I didn’t even try to recoup from them. The modest fee that I earned barely covered my out-of-pocket costs.

As Robert’s fame grew, his free time vanished. This meant that he was never available for new sessions with other photographers. Within a few weeks of the Newsweek gig, I had the only images of this newly-famous author. When he’d get a request to have his picture taken, he’d tell them to call me and buy one of mine.

If you added up all of the ancillary sales from this session it would be equal to a year’s worth of revenue at 1990s rates.

Over dinner after our long day, he told me to trust my instincts when I thought I was on to something. I told him that the work we had done that afternoon was some of the best film I had ever shot. I went on to say that if things went well for him that maybe we could do it all again.

He said things were certainly going to go well for both of us and that I should prepare for that eventuality.

Robert was right and we went on to do four more sessions together. This book cover session was the very next project that took place six months later.