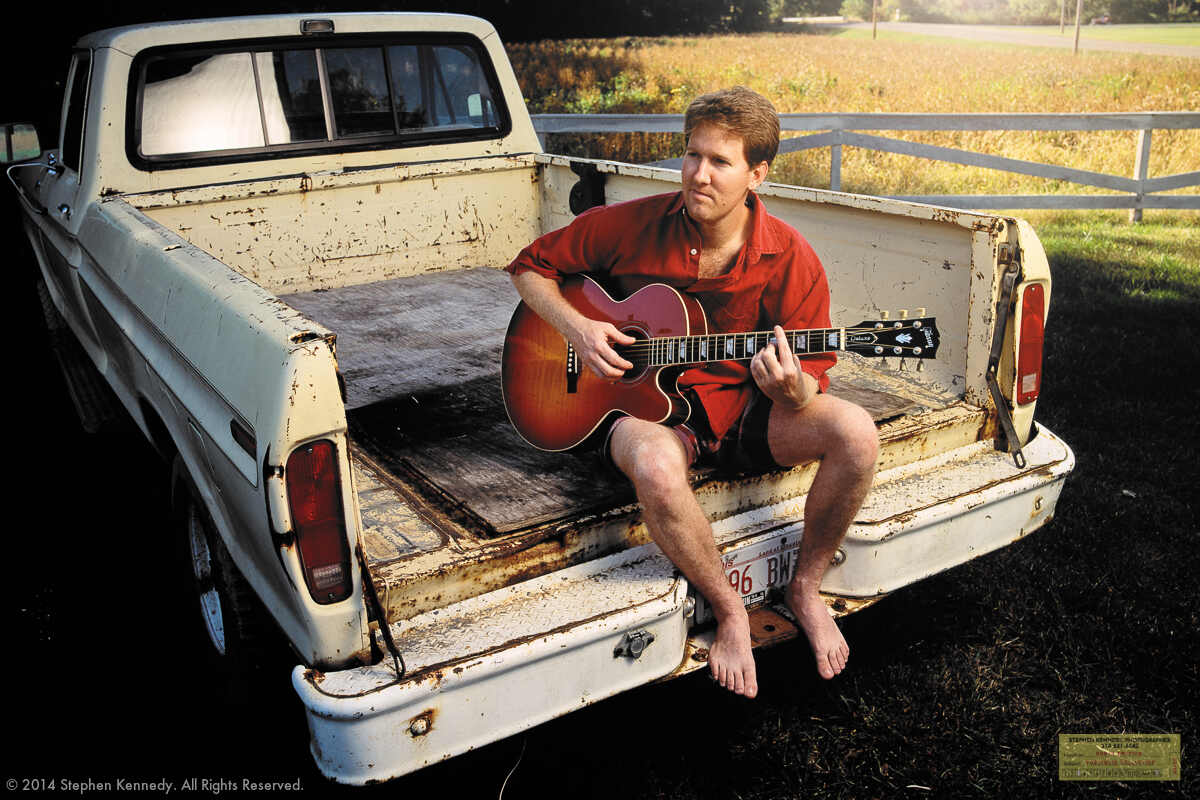 The last step of getting a private pilot’s license is the check ride with a designated examiner. The examiner is a licensed pilot and flight instructor and gets paid by the student before the exam. I was ready for mine in early 2002.

Gordon, my flight instructor, suggested I hire a particular examiner from Sikeston, Missouri. “You can tell by looking at his car that he’s a real pilot,” said Gordon. When I asked Gordon to explain, he said that is car is junker, but his twin-engine Beechcraft Baron is a gem.

That sealed the deal.

A portrait session with a guitarist playing an instrument that’s more valuable than his truck reminds me of that old examiner. A musician with subpar wheels is still a musician. The same person without an instrument isn’t quite whole. Artistic priorities count.