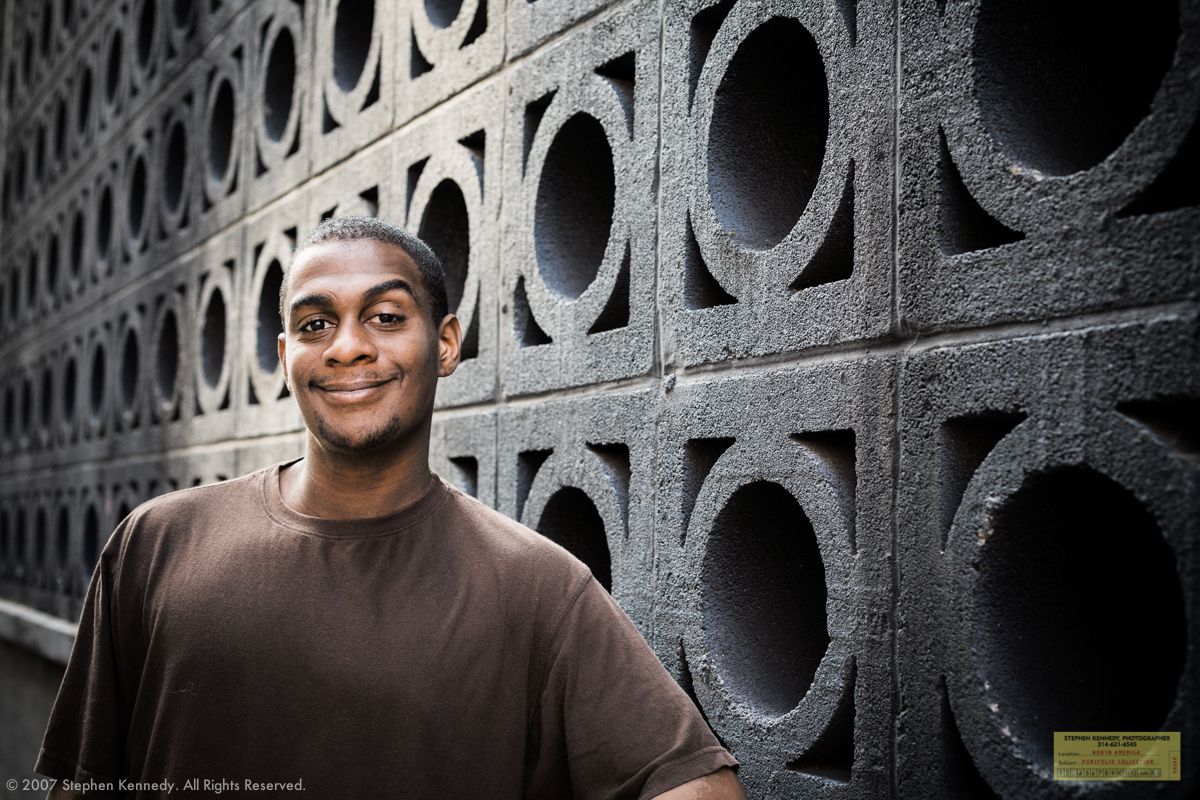 My second and last St. Louis studio was in a big building downtown at the corner of Tucker and Washington.

This former world headquarters of Brown Shoe was wide enough to span a city block on one side. The street that it borders on the south is St. Charles Street. If you’re familiar with the city, you’ll know that it’s more of an alley than a street.

I wasn’t the only photographer with a studio in the building, but I was the only one who routinely used St. Charles Street as a backlot. It was magnificently paved with irregular magenta cobblestones. When glazed with a little moisture, it really took on an ethereal look.

A few years later, the cobbles on this junior street were paved over with asphalt. It was all part of the sprucing up that took place when Pope John-Paul made a visit to St. Louis.

Even though I’ve been long gone from the neighborhood, I still drop in once in a while for a portrait. The decorative blocks that I used for this portrait background are still in place and offer a great visual treat.