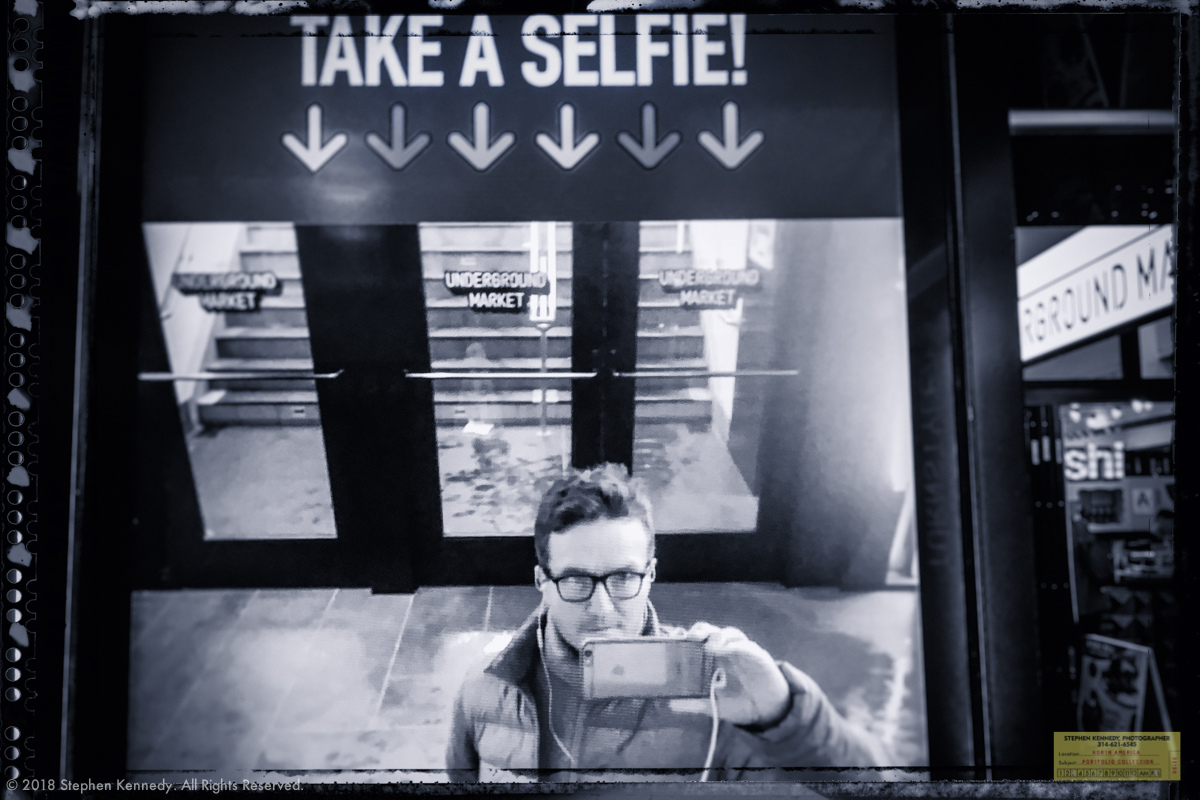 It’s rather unclear as to what I’ve made here. I guess if I don’t know, nobody else will either.

Or maybe it’s when a watcher is watching another watcher, with the single eye of a surveillance camera captured by another camera.

According to Wikipedia, meta is a prefix used in English to indicate a concept that is an abstraction behind another concept, used to complete or add to the latter.

In the real world, it’s more of a suffix that follows the phrase “that’s so.”

Truth be told, I’m a long way from proficiency with being meta. Don’t tell anyone but I’m still unclear about what it means to be post-modern.

Pinch and a Dash