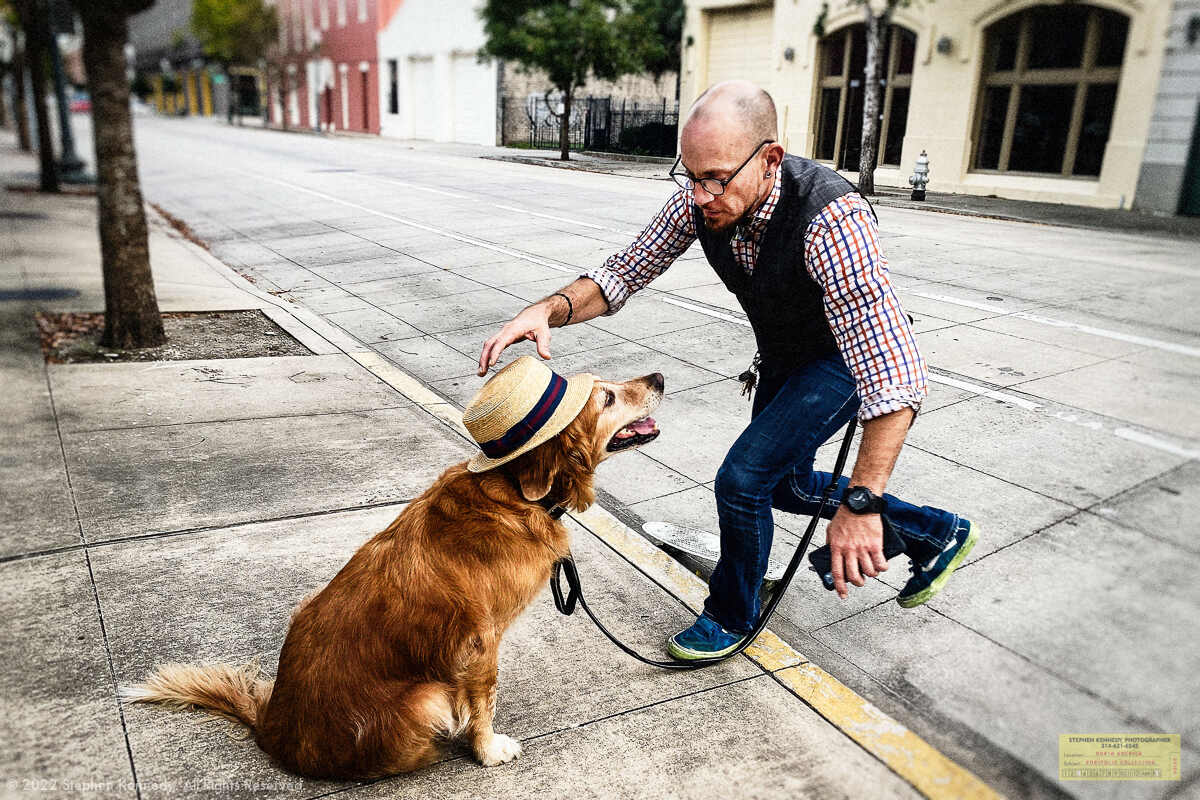 Shortly after Stephen Sondheim died, I started watching some documentary footage of him discussing how he works.

He spoke of how ideas can come fast and furiously and how to grab the good ones and ignore the rest. In a stream of consciousness, he talked about how themes and concepts can come together.

What got my attention was when Sondheim said, “nobody says that the formula for a good show is a nun and a dog and Abraham Lincoln. It never works.”

The real gist of the story was that every success is different for those of the past and copying something else isn’t a formula for winning Broadway.

There was something about the mashup in his throwaway line that brought me back to Julia Street in New Orleans.

That’s where I met this unusual street team consisting of a skateboarder, a dog, and a hat.

That won’t get you a box office blockbuster but it sure makes for a memorable picture.