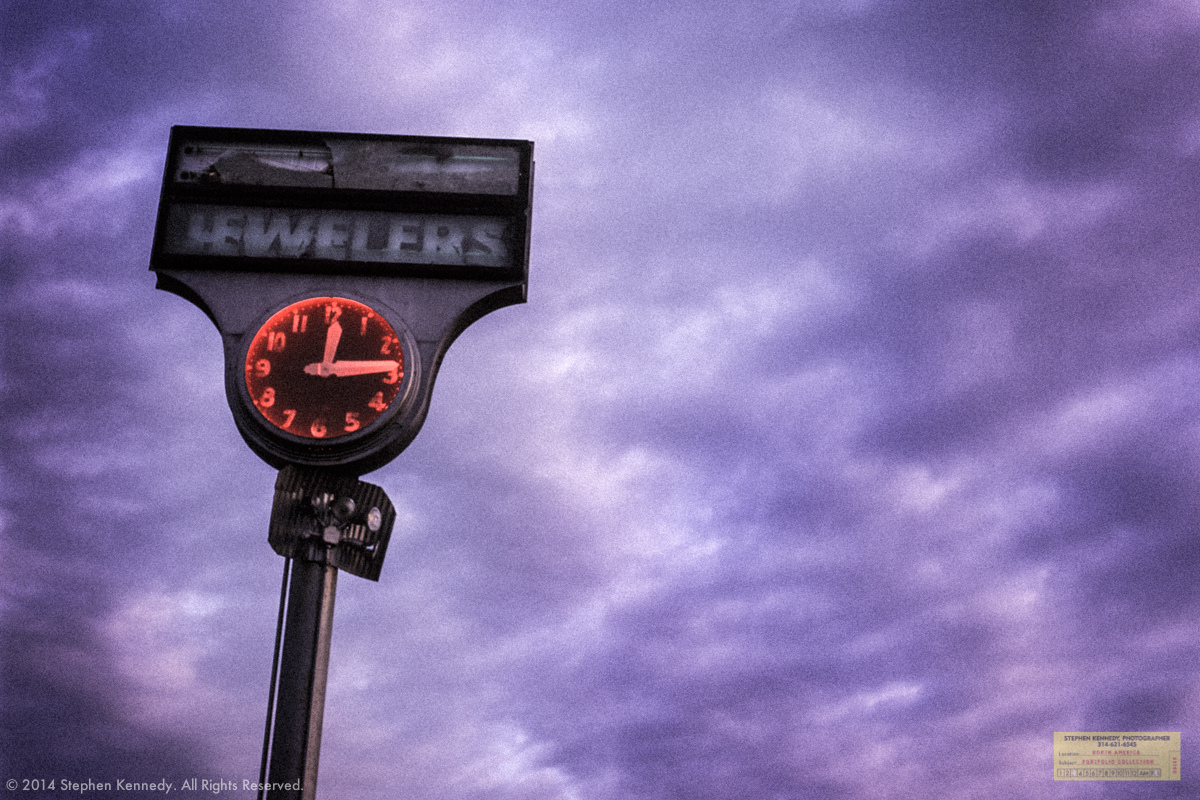 Time does strange things when we use a camera. It speeds up, it goes backward and it even stops.

“Photography time” is usually measured in fractions of a second.

Most people can’t even fathom how much can be accomplished with a shutter speed that’s a mere 1/2000 of a second.

For photographers, it’s not uncommon to lose track of not just time but also space when viewing the world through a little viewfinder.

This kind of controlled tunnel vision is second nature to those of us that use a camera with regularity.

There’s a certain power in controlling time with a camera. To be able to dictate just how much light one will allow to strike a piece of film or digital capture sensor is an artistic authority.

Point of Convergence
Scroll to top