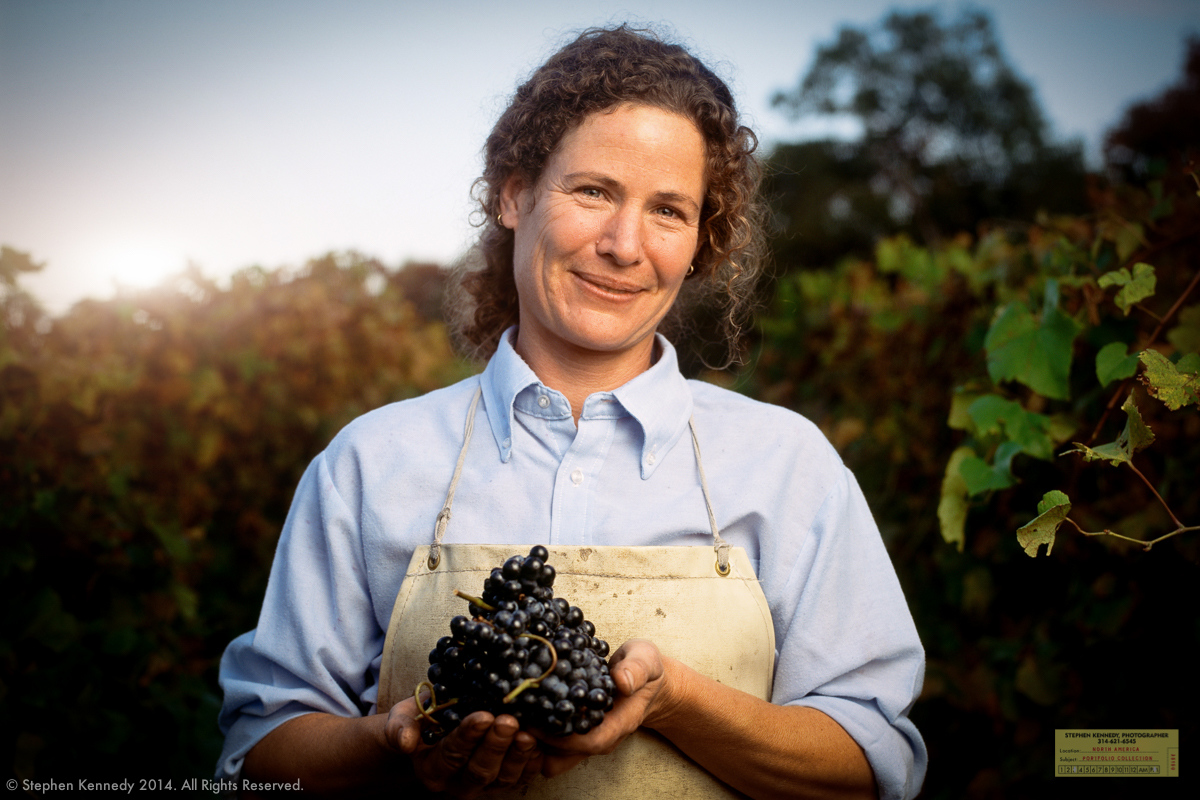 I’m innately drawn to people who can nurture a seed in the soil to a something that will give comfort and sustenance. I’m not sure where this feeling originates but I’ve felt that way for as long as I can remember.

Thanks to my second-grade teacher Mrs. Hahn, I learned all about the science of photosynthesis. The starting point was memorizing the spelling of that word along with a host of others, like chlorophyll.

At the time, that scientific miracle was a bit too much for me to fully comprehend. Only later did I find it useful, but as a framework for the creation of art. That was certainly not an expected outcome.

Photography has its own transformative magic. It starts with a little bit of light. Just a fraction of a second is more than enough to render an image on an electronic sensor or a piece of film.

This portrait in a Missouri vineyard was captured the subject’s personality and her finished works.

And to think that it all started with some sunlight.