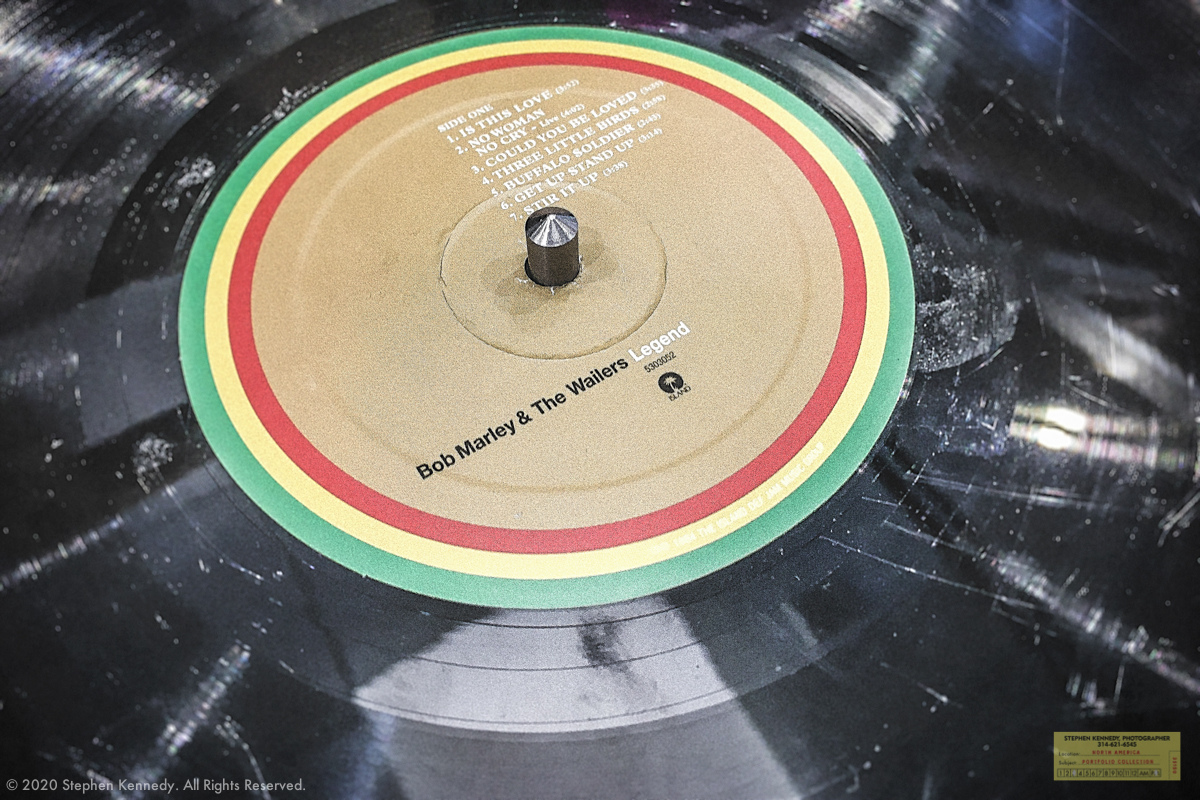 “You don’t want that on your permanent record young man!”

This was a surprisingly effective, yet empty threat of my childhood.

I suppose it worked on me, even though I wasn’t a rebel or troublemaker. My coping mechanism of staying within the lines was to maintain invisibility, which never failed.

Despite living in a world of compliance and order, there were plenty of other boys who were unimpressed by reputational consequences.

One chum of mine didn’t much care for any rules other than those laid down by his father. That’s because his father never threatened, only delivered. My friend explained that as long as he was in good stead with his dad, he’d always have a job in one of the three family businesses.

A different kind of permanent record is this LP I saw a few weeks ago. The sun has never set on Bob Marley’s Legend album since it was released more than 35 years ago.

Even this badly scratched copy still plays the songs that emanated from the mind of a musical genius.

Marley’s transcript isn’t about demerits due to breaking arbitrary rules, but that of rising from the crushing poverty of Trench Town to sharing his art with the world in a very short life span.