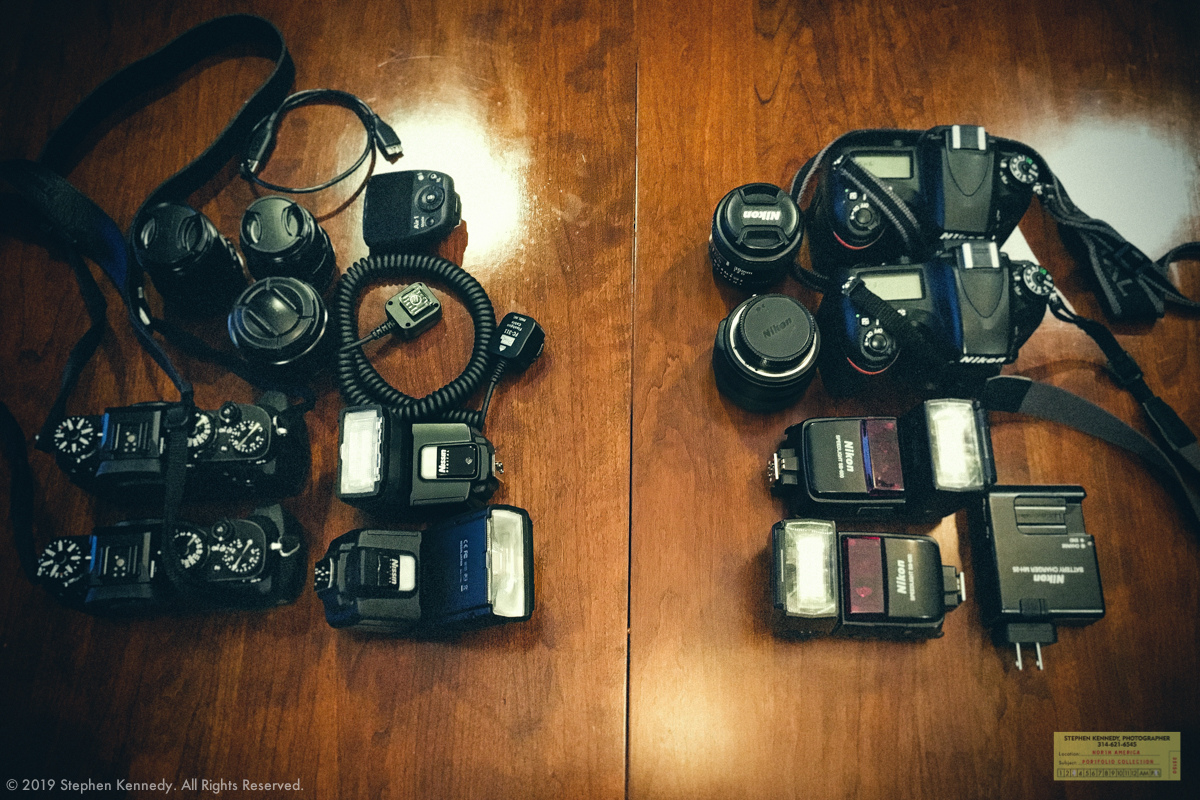 From 2015 until earlier this year, my house was divided. It was the epitome of a cold war and thankfully not a single shot was fired.

The battle was between the establishment Nikon and the upstart Fuji.

Those in the know have probably struggled mightily themselves on the polarizing issue of mirrorless cameras. Those that insist that mirrorless is the future are certainly right. In my case, the future is being postponed. Call it the revenge of the past.

The deciding factor had almost nothing to do with the mirror/mirrorless debate. It came down to how each system handles flash photography. Fuji is great with flash but Nikon is the greatest.

Over the past month, I’ve been selling off my small collection of Fuji cameras, lenses and accessories. The last piece, a 23mm lens, left the building today.

There were no tears and no regrets. Serial system switchers like me know that something new and exciting is just around the corner.

Come As You Are
Scroll to top