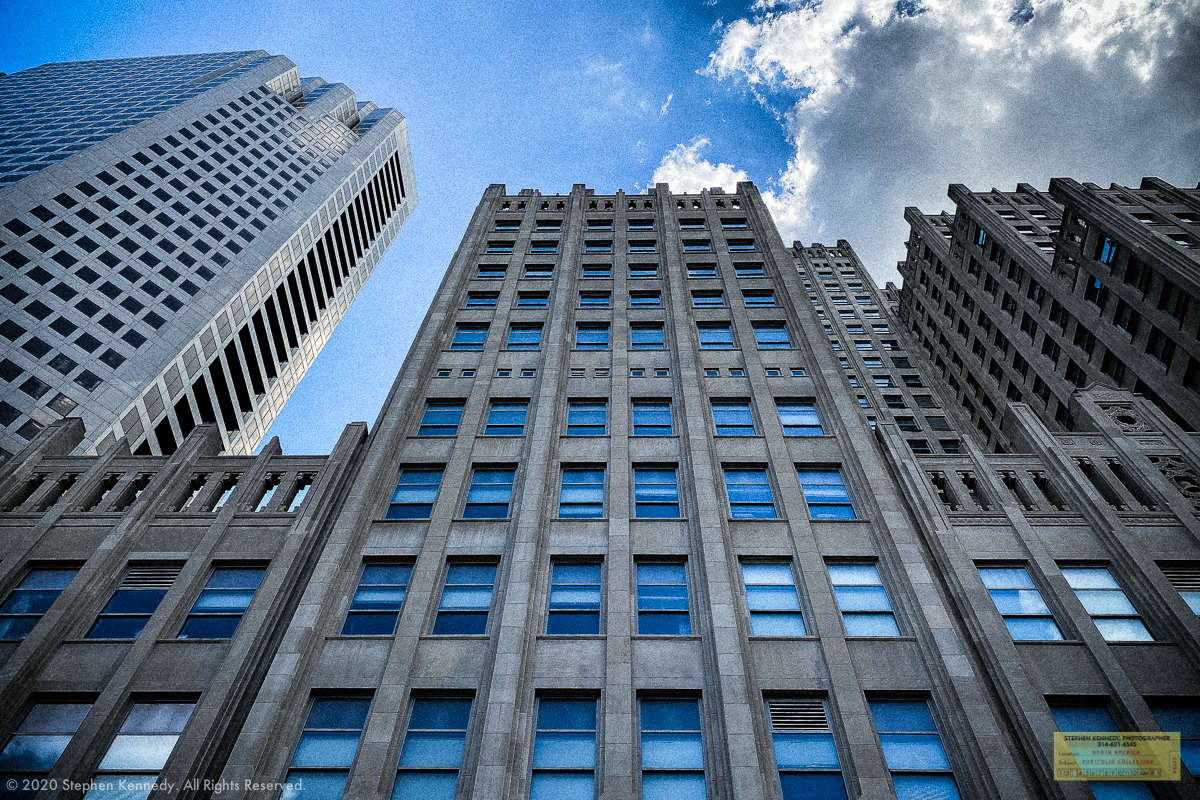 These two buildings in downtown St. Louis were once the phone company headquarters. Today they’re empty.

In their heyday, there was never a moment in which the company was not making vast sums of money. As a regulated monopoly, they could calculate their profit after all capital expenditures.

Even when they were broken up into “baby bells” the revenues were pouring in.

In the mid-90s there was a moment in which the incumbent telcos thought they might actually have to compete in the marketplace. When that happened, the panic at HQ resulted in a blank check for their ad agency.

I was a beneficiary of a marketing onslaught that turned out to be completely unnecessary. Luckily, they figured this out long after I had been paid to create dozens of photo sessions all over Missouri, Kansas, Texas, and Oklahoma.

Now the phone company sells commodity services in a way that makes them as reviled as their cable company peers.

Profit is elusive and these once-grand buildings are now vacant.

If they had only stuck to making their guaranteed profit, I bet this section of the city wouldn’t be a ghost town.