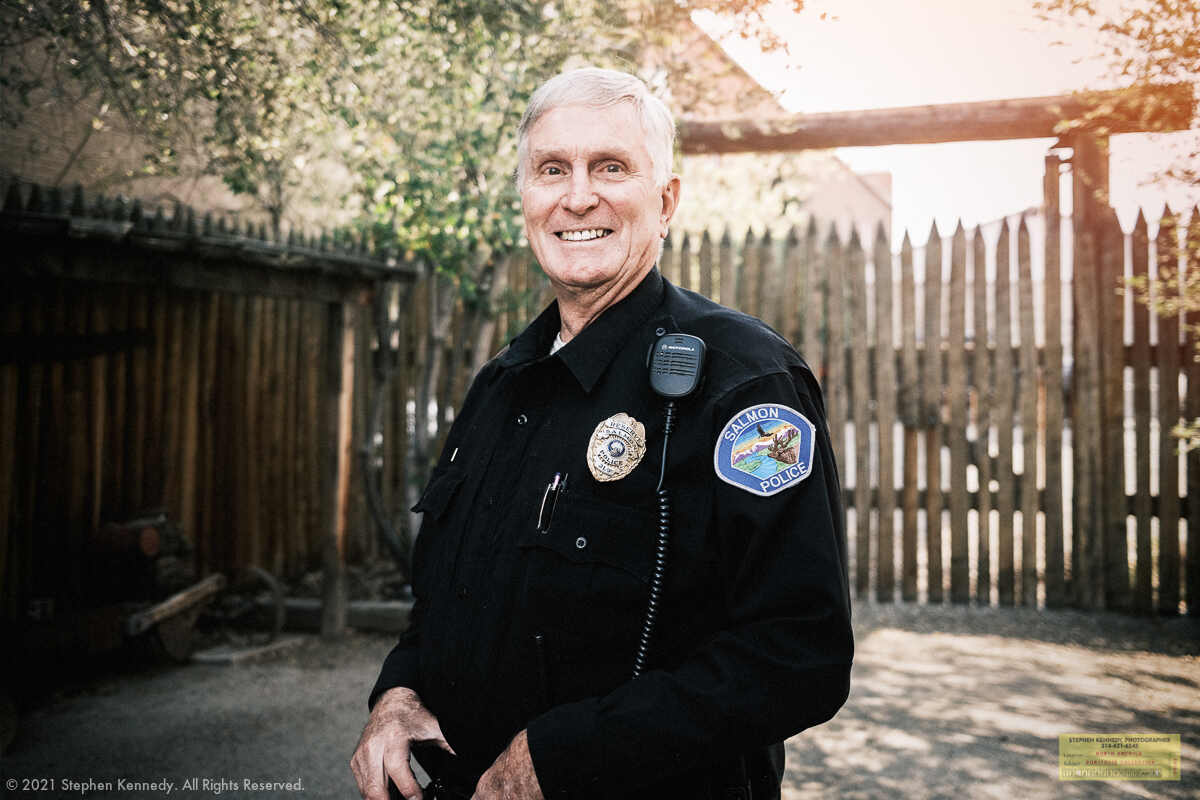 Folks would be wrong if they assume that Salmon, Idaho isn’t home to plenty of artistry. For its size, there are many artists in the vicinity creating compelling works.

I was thrilled to have one of them lined up as a subject for my documentary project called Cross Country Camera.

Except at the last minute, my guy got called into work. That puzzled me because I assumed that a fellow in his seventies was retired. Little did I know that this renaissance man was retired from two careers but still works as an EMT and as a reserve police officer.

He apologized and explained that he’d be in uniform and couldn’t change out of it during his shift. As we talked it out it became clear that we could still do a photo session but not one that fit my artist template.

Instead, I followed him around while he walked his beat. It wasn’t what I was expecting but it turned out to be better than I had imagined.