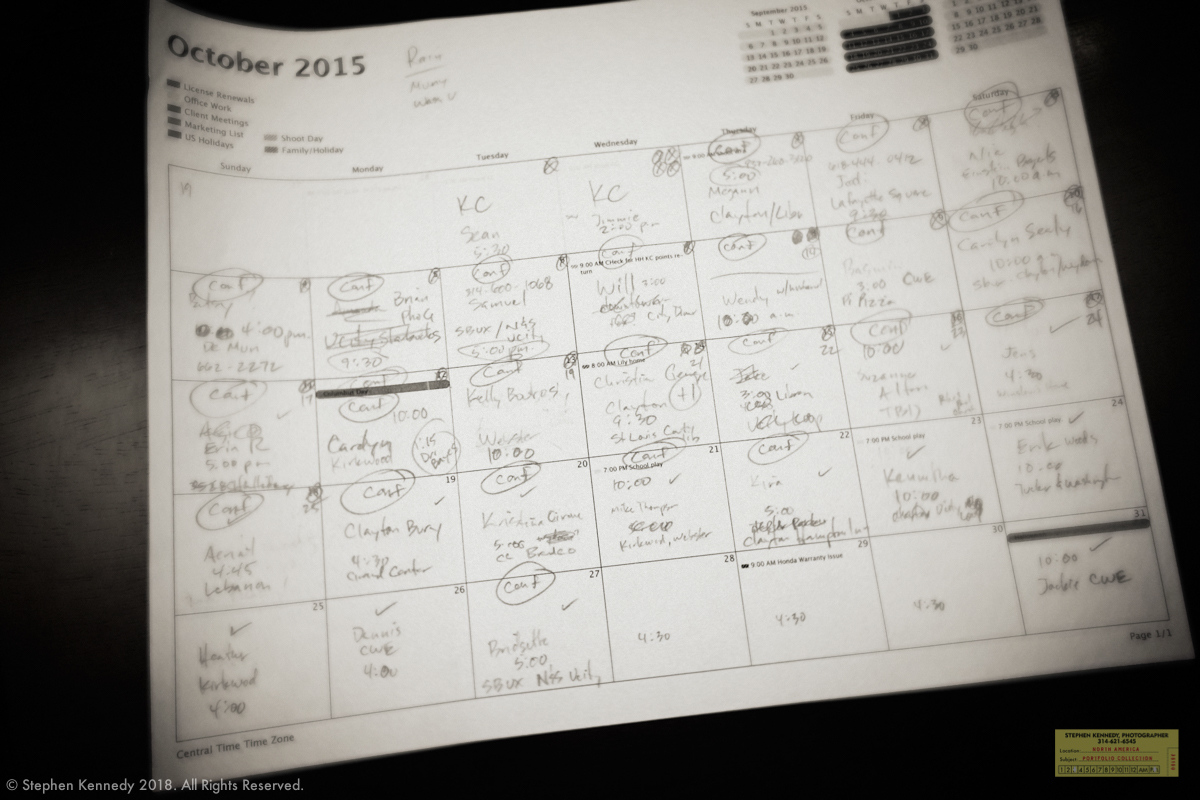 Last week I came across this calendar page from October 2015.

It was the tally sheet for a “failed” project.

The project was my fifth attempt at photographing a new person each day during the month of October. If you’re keeping score, I’ve started the project six times and made it to completion four times.

When I moved into my first studio in 1989 there was a flurry of activity to set up shop but also I was keen on proving to the world and to myself that I was worthy of calling myself a pro. I decided to do a new session in the studio each day by using my neighbors. My studio was located in the Italian neighborhood of St. Louis known as “The Hill” and the neighbors were an interesting bunch, to say the least. I made it to the end of the project but I was exhausted.  The photography sessions were a joy, but the logistics were where the drudgery was hiding.

The following year was easier, owing to my improved project management skills. As time marched on I attempted this project less and less. Studio moves, career changes, children and professional work kept getting in the way so the frequency dropped off.

I came back strong in 2009. I was so excited about returning to this challenge that I started early in late September. I went past October 31 way into November. In all, I did 42 portraits on consecutive days. This stands as my best streak.

2015 didn’t have the same result. I got close, but life got in the way. I didn’t make it to the end but I still had more than 27 memorable sessions that were worth the effort.

I’m going to try again this year. And next year. And the year after that.

The credits tell a story too
Scroll to top